Home » About ICOS » Best cryptocoins to invest in 2019 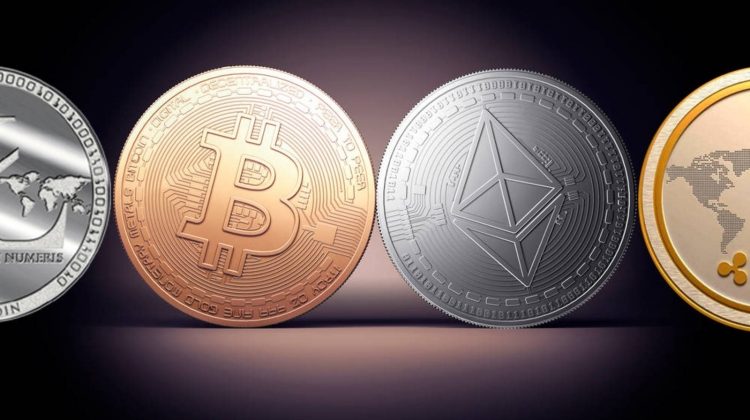 2018 passed really quickly and, although it was a convulsive year for the economic valuation of crypto currencies, it left us with great advances in technological matters. However, we know that beyond Blockchain and technology, many aspire to obtain economic benefits thanks to digital assets, which is why today we will propose some of the best cryptocurrencies to invest in 2019.

This list that we will present is elaborated according to analyses and studies made by the members of the team of TodoIcos. They are personal opinions and do not constitute financial advice. It is important for you as a reader to do prior research before making any kind of investment in a cryptomoneda or any other asset.

A project that was analysed by the TodoIcos team when they were in their Initial Coin Offering. The sale of tokens concluded in a good way, being one of the projects that collected the most within the second half of 2018 according to the report presented by ICO Bench.

The project has a fairly good commercial idea, already has application within certain markets and 2019, according to its Roadmap, promises to be an important year for them. If the project develops properly, we will surely see a positive impact on its prices in 2019.

It is not a new currency in the market but it is still astonished to own and to strangers. In 2018 it went from being an unknown token to entering the Top-10 of the main currencies within the market by capitalization.

It started within the Blockchain network of Ethereum, then migrated to its own network and now is a serious competitor of the most important cryptocurrencies. With a capacity to support up to 2000 Transactions per Second, it is breaking through as a very solid project and useful for commerce and daily use.

It is one of the few projects within the Blockchain network that has a future plan and according to many experts, it is one of the most solid currencies, not only for 2019 but for the future in general.

The operation of the Binance Coin is very simple, it is the token that works within the Exchange Binance. But why do we consider it one of the best crypto currencies to invest in 2019? Its value is closely linked to the growth of Binance, an Exchange with an evident growth that is consolidating it as one of the most important in the current market.

Just look at Binance Coin’s position in CoinMarketCap’s ranking of cryptocoins to determine how it has risen throughout 2018. It went from being a cryptocoin in the top-50 to being in the top-15. All this happened despite the negative market for cryptocoins. For a 2019 in which the market is expected to have a better performance, so the Binance Coin is estimated to have a good performance.

This 2018 was not the best year for the cryptocurrency created by the American Evan Duffield. It came out of the top-10 of crypto currencies and is about to come out of the top-15 by market capitalization. It was one of the big crypto currencies with the lowest price in 2018, going from costing 1302 dollars in January to costing only 82 dollars in December, all this according to the valuation of CoinMarketCap.

However, not everything is grey for the blue cryptocurrency, 2019 promises to be a year in which all things are adjusted. The truth is that this is one of the most developed crypto currencies in the market. It has a DAO that works very well and is in search of improvements to the currency.

The developers of Dash have been working for years on Dash Evolution, a system that promises to make the use of Dash much simpler than it is now and everything indicates that in 2019 will be the year of release. In addition to this development, we must mention that Dash already has more than 4600 businesses that accept their cryptocoin as a form of payment, this according to its Discover Dash directory.

With all these characteristics, 2019 is expected to be a year in which the demand for Dash increases and, consequently, the price of this cryptocurrency increases.

Pundi X started as an ICO which took place in January 2018. Its mission as a crypto currency is very clear: to make the buying and selling of electronic currencies simple and within everyone’s reach. To achieve this objective they will use Points of Sale denominated “Pundi X POS” and rechargeable Cards “Pundi X Pass”.

The reason we decided to include this project on this list is because Pundi X has a very well-developed globalization planning. Based on their plans, at the end of 2018 5000 Pundi X POS were deployed between Brazil, South Korea, Singapore, Indonesia, Switzerland, Holland and the United Kingdom and by 2019 they expect to have more Points of Sale to take them to a greater number of countries.

Many see Ripple as the “Trojan horse” within the cryptomoney market because it is considered a currency produced and monopolized by a single company. Despite these criticisms, it has remained one of the strongest currencies in the market and closed 2018 in the number two position in the ranking of crypto currencies by market capitalization, dethroning Ethereum from the position.

Ripple Labs, the company behind the development of XRP, did not stop in 2018 and achieved important business alliances to further expand the use of Ripple within commerce. Unlike the rest of the cryptocoins, the developers of Ripple have not turned their backs on the banks but have known how to work with them, this has generated financial institutions committed to using this digital asset in their operations, a fact undoubtedly beneficial for the valuation of the currency.

In 2019 we expect more commercial movements of Ripple and new alliances to further promote its use. In fact, according to many experts in the field of crypto currencies, this will be one of the few virtual currencies that will survive in the future.

If we compare how 2018 was within the market of crypto currencies, we can say that for DragonChain was not such a bad year. It took advantage of the drop in the rest of the virtual currencies to go up positions and managed to position itself within the top-150. It is not much, but if we consider its beginnings we can say that it has climbed considerable positions.

DragonChain began as an idea of Disney but was later left as open source and the DragonChain Foundation was created to maintain Disney’s ownership of the Code. This project was created with the intention of offering protection of commercial data as well as the creation of Smart Contracts by means of programming languages simpler to handle.

The Internet technology of Things ended the year 2018 as one of the most promising for the future and everything seems that the trend will remain the same for 2019. IOTA, with its “Distributed Ledger Technology”, wanted to sell itself in the market as the currency destined to operate between the devices connected to the Internet of Things.

Although the year 2018 was not entirely positive for IOTA and the token ended up even coming out of the top-10 (ended the year in 12th place), the predictions for the year 2019 are positive for the project. The development of the Tangle network is proposed as an innovative technology in addition to the execution of projects that promote the use of IOTA at a massive level within the market.