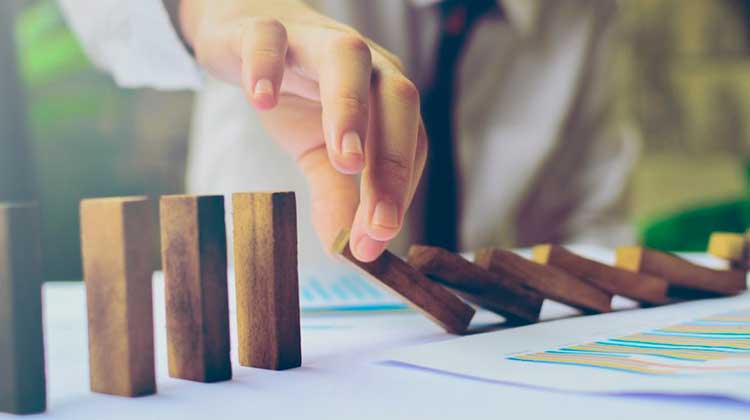 Due to their momentum and the fanaticism awakened by cryptocurrencies, many ICOs have the (totally wrong) conception that by just mentioning the word blockchain in their projects, the investors’ money will automatically come. But the reality is quite another, money does not come that easily.

Although ICOs have meant a material democratization of capital and have managed to make things easier for small businesses that want to obtain financing, many projects have fallen into errors that do not allow them to exploit all the benefits of this financing method. The most common errors are as follows:

Project founders are the visible face of the project who will receive the money from investors and will develop the idea with this money. Founders must show their efforts to the investor in order to build trust. They should participate in forums, conferences, social activities, have intense activity in social networks … Everything that implies social interaction with investors.

No matter how much marketing the ICO has, if investors do not disclose themselves to the market and show their credentials, they will not gain the investors’ trust and, therefore, will not be able to raise the money for the ICO.

Little interaction between ICOs and the Blockchain community

It does not matter if the ICO is being launched with few private investors or if the project’s fundraising is already guaranteed, the ICO must get involved with the Blockchain community. Participation in forums, social networks, conferences or any other activity where the Blockchain community is participating are moments of interaction that an ICO should not miss.

The word “Tokenomics” refers to the economy of the project token that is being released. This is one of the most important elements of an ICO and the investors have been lately evaluating this element a lot.

Wrongly-designed tokenomics may result in a disproportionate distribution of the tokens. A very generous Airdrop, many tokens for developers or allocating few tokens for the ICO severely affect the future revaluation of the token in the market that investors are evaluating. Many projects are now forced to rethink better the economy of their tokens in order to ensure economic development for their investors.

Little effort in drafting the Whitepaper

The whitepaper is one of the most important elements of an ICO. Therefore, its drafting should look completely professional. It is unthinkable that a whitepaper has spelling mistakes or errors in its graphics, which will only show a negative image for the investors who analyze the project by reading the Whitepaper.

The Whitepaper must contain a technical report explaining the most important elements of the platform and the token that is being offered, all written in a clear manner and without hot air that only takes up space. If you want the project to be understood by all investors, it is essential for it to be readable.

Poor explanation of the originality of the Project

In the midst of the whirlwind of Blockchain technology, new ideas and originality are key elements for the ICO that really want to break into the market. Project developers must stop to think about what the project is offering and evaluate if what they offer is really new and useful within the industry.

Furthermore, these new ideas must be published and shown to the public. Developers have to post in their personal blogs or in the blogs of the company all the updates and innovations this ICO brings to the market to convince investors about the growth of their project.

Ignoring the initial cost to launch an ICO

Not understanding the price of launching an ICO

Launching an ICO is not free. Building of a solid community, achieving an MVP and all the marketing required for the project to be sold has a cost that developers often do not consider at the beginning. According to studies, between 100 thousand and 500 thousand dollars are required before launching an ICO to the market, an amount that must be used to cover the initial costs.

The ignorance of this great truth has caused many projects that seemed very good to end up stuck long before they are presented to investors because their initial costs cannot be covered and simply collapse before being launched.