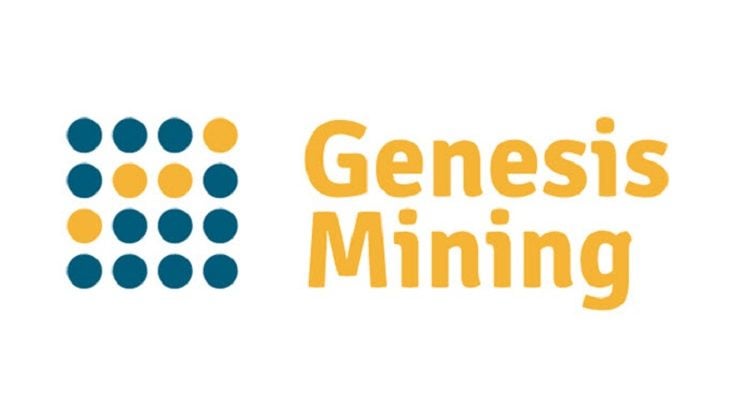 After a previous article in which we reviewed some of the options that existed in the market for mining, we decided to give an assessment to Genesis Mining, a company that offers mining in the cloud and that has remained a solid and secure company for a period of time in the market.

What is Genesis Mining?

According to the website, the company was founded in 2013 by Marco Streng. At legal level presents a hybrid and is made up of two companies, the first is Genesis Mining Cloud Services Ltd., located in the British Virgin Islands, and the company Genesis Mining Iceland ehf., which is established in Iceland and is the company in charge of everything related to payments.

Their mining farms are scattered between Iceland, Bosnia and Canada, however, their exact location is not disclosed to the public for reasons strictly related to the safety of the equipment working in these spaces.

What coins can be mined with Genesis Mining?

Based on its website, the company’s offer extends to the mining of the following crypto coins: Litecoin, Ethereum, Bitcoin, Monero, Dash and Zcash. For customers, Genesis Mining offers a number of mining power contracts that vary between the length of time, the power itself for mining and costs to the public.

Also, in addition to the costs of each contract, customers are charged the so-called “maintenance costs”, which are charged separately. These commissions are kept fixed in dollars and are deducted directly from the daily rewards reported to us by the currencies we decide to mine.

The cheapest plan is called the Small Radiant, which costs $525 and has 25 MH/s. The Medium Radiant plan has a value of 1500 dollars and provides 75 MH/s. Finally, the Radiant Grande plan for a price of 6650 dollars and a contribution of 350 MH/s. These contracts also have a duration of 2 years.

For these contracts the maintenance fees are $0.000022 per MH/s and payable each day. Based on the contract input, we would establish a payment for the Radiant Gemini plan of $24.09 per year. Radiant Ferox maintenance would be $240.90 each year. Finally, the Radiant Graviton plan provides for an annual payment of $2,429.

The profitability of your investment in Genesis Mining will have an inherent dependence on the value of the crypto currencies since the payments are made in crypto currencies and not in fiat currency as is the case with other “options”. In addition, the payment is not fixed as it also happens with other platforms, it will depend on the difficulty of mining and how the Blockchain network is working of the currency to be mined at that time.

We will try to determine the profitability of the contracts offered by Genesis Mining at this time of market. In order to do this we are going to use the CryptoCompare calculator and we are going to introduce the data offered by each cloud mining plan.

We will evaluate Bitcoin’s most economical mining plan with the calculator. For this analysis we have established a mining power of 1000 GH/s, a value of 3461 dollars for each Bitcoin and zero costs in electricity consumption since it does not apply. With these values we can see a production of 4.49 dollars per month and 53.88 dollars per year. If we multiply it by 2 years, which is how long the contract lasts, we will see a profit of $107.76.

Only in maintenance costs for the cheapest Bitcoin Mining Contract, 102.2 dollars must be paid, that is, only 5.56 dollars remain after the maintenance payment. Clearly this $5.56 does not cover the $50 cost of acquiring the Mining Contract itself. We would have to wait for a 10 times revaluation of the current Bitcoin value in order to get some kind of higher gain.

Proportionally speaking, the reality remains very similar in the rest of the Mining Contracts offered by Genesis Mining for Bitcoin.

Seeing the elements offered by Ethereum’s most economical mining plan in the calculator, with a mining power of 25 MH/s, a value of $107.74 per ETH and also establishing zero costs in electricity consumption. When we establish these values we see a production of 10.09 dollars per month and 121.08 dollars per year. Multiplying it by 2 years, for the duration of the contract, you see a production of $242.16.

In the case of Ethereum, the cost of maintaining the most economical contract has been set at $73 for the duration of the two-year contract. Subtracting this amount from the income would leave $169.16. These 169.16 dollars also do not cover the value that would have to be paid for the Contract, established at 525 dollars. We would need the value of the ETH to be revalued by 4 times its current price for there to be some kind of gain.

As with the Bitcoin contracts, the other two mining contracts provided by Genesis Mining for Ethereum remain the same in terms of profitability.

Finally, we evaluate the profitability of mining Dash. If in the calculator we introduce a mining power of 3000 MH/s, a value of 67.23 dollars for each Dash and we continue establishing zero costs in terms of electricity consumption. With these figures we were able to obtain a production of 3.57 dollars per month and 42.84 per year. If we apply it to 2 years, we can see $85.68 generated.

For Dash we can see that a maintenance fee of $48.18 is established for the two-year duration of our contract. Taking those costs out of the revenue, we’ve got $37.50. This amount also does not allow us to repay the payment we would have made for the contract, which was $76.50. We would need the value of the Dash to be revalued by 3 times its price in order to profit from our Contract.

It is the same with the rest of the mining contracts offered for the Dash cryptomoneda within Genesis Mining.

With the reality of the market we have, we can see that obtaining Mining Contracts with Genesis Mining, one of the most solid and reliable companies when it comes to Cloud Mining, is neither profitable nor provides us with economic gains. If some kind of investment is made here, it should be considered more as a long-term investment and dependent on a future revaluation of the crypto currencies.

In fact, it is more profitable and safer to use that Fiat money to buy the crypto currencies directly, be it Bitcoin, Dash or Ethereum. This is due to the fact that they end up acquiring more crypto coins in this way than with the cloud mining offered by Genesis Mining.