Usted está aquí: Inicio / About ICOS / Importance of the Hispanic market for ICOs and cryptocurrencies 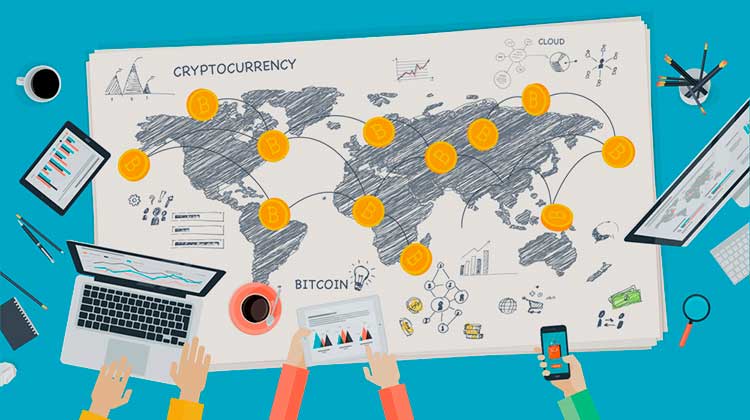 The reasons for the adoption of cryptocurrencies in these countries are very varied. In some cases, cryptocurrencies are being adopted in the face of signs of the deficiency of the FIAT system, as in the cases of Venezuela and Argentina, countries with highly inflationary economies and problems for entrepreneurs and ordinary citizens. In other countries, cryptocurrencies have turned into democratized investment methods with free access.

Likewise, cryptocurrencies have become an efficient system for sending and receiving remittances in Latin America and Spain, a really important aspect in the economy of these countries given the high emigration levels registered in the region.

These assumptions are neither absolute nor do they represent all the reasons why Spanish speakers adopt cryptocurrencies. But the reality is that there is a highly important market for ICO and Blockchain technology in this region. This article is intended to evaluate the different elements that allow us to see the impact of cryptocurrencies on this region and its relationship with ICOs.

Purchase and Sale of Cryptocurrencies in Latin America and Spain

The virtual currency purchase and sale operations in these regions have remarkably increased in recent years and have even generated important impacts on international portals. To evaluate this, we have taken as reference LocalBitcoins and  LocalEthereum, two pages where Bitcoin and Ether can be purchased through Fiat currency and a large number of methods of payment.

Thanks to a Reddit publication in the official account of LocalEthereum we could know that Venezuela has both the highest number of commercial exchanges registered on the page and the largest number of users.

LocalEthereum is one of the most important platforms on the market for the direct Ether exchange. By being Venezuela ranked this position within the numbers of the platform, the South American country is among the most important markets for Ethereum, and understanding the relationship between Ethereum and the ICO, this is a fact that cannot be overlooked.

Regarding LocalBitcoins, we could noticed that Venezuela is also the first country in Latin America and fourth in the world ranking in terms of volume of movement of Bitcoin within the platform. According to the platform numbers, since it was founded in 2013, registered users in Venezuela have drawn more than $ 786 million, 13% of the total money that has been moved in this portal.

The use of LocalBitcoins is not only relevant in Venezuela, but also in countries like Peru, Argentina, Colombia and Mexico which show very interesting statistics to evaluate. According to Coin Dance, weekly volumes in these countries range between 15 to 50 BTC. In addition to these numbers, it was also possible to verify that exchanges of local currencies into BTC grew the most in Spanish-speaking countries between 2017 and 2018.

These numbers show that the cryptocurrency market in these countries is increasingly growing, allowing the growth of the so-called “emerging markets.” However, the region has not only impacted on international Exchanges, it has also shown its growth with the creation of its own Exchanges and with great international relevance.

In Spain, there are two very important platforms, Bit2Me and Bitnovo, the latter including a high-end topped up Bitcoin card which is even recommended by various experts in the world of cryptocurrencies. On these platforms, you can purchase and sell cryptocurrencies in exchange for euros.

In South America, there is the Argentine company Ripio, which is a platform that has grown and that not only operates in Argentina, but has also targeted the Chilean, Paraguayan and Uruguayan markets. They have even begun to offer a high-level trading service for institutional funds and high-level investors.

Moving up Central America is Panama with Cryptobuyer, a platform that is growing and has the largest network of cryptocurrency ATMs in Panama and which is expected to be expanded throughout Latin America and Europe. They also present a Points of Sale technology accepting payments in cryptocurrencies that has made the adoption of virtual currencies in this region a reality.

Lastly, we have the AirTM platform, a Latin American company founded in 2015 that has also grown at such a shocking pace that it has surprised specialists worldwide. Although the purchase and sale of cryptocurrencies is not one of its essential elements, they have managed to get thousands of people to access the market in a very simple way through those operations.

Legislation on cryptocurrencies and ICOs in Latin America and Spain

The world of cryptocurrencies has been highly affected by the legal matter. Therefore, we have decided to describe some key data on how the market is being regulated today in Spanish-speaking countries.

In Latin America, there are 2 specific legislations that are being very favorable with cryptocurrencies, that of Mexico and that of Venezuela. Particularly in Mexico, the “Law and Regulation of Financial Institutions” was enacted and within its legal framework the existence of the so-called Virtual Assets was recognized, providing a legality to cryptocurrencies within the Aztec country.

Venezuela created its own cryptocurrency, the Petro, and a Constituent Decree for the use of Petro and other cryptoassets was enacted. In this legislation, the use of cryptocurrencies was recognized and it was established that the government should protect, promote and encourage the use of cryptoassets within the national territory. However, this legal text has been harshly criticized because it was issued by the National Constituent Assembly, a body whose legality is being questioned.

Apart from these two legislations, there are also countries that are in favor of the use of cryptocurrencies even though they do not have a legal text that regulates the market. For example, in Argentina, one of the countries where the use of cryptocurrencies within the economy has most popularized, financial authorities have mentioned that they are very interested in knowing more about this technology in order to create a complete and robust legislation.

Panama is another country that does not have explicit regulation, but has shown a very favorable position for the development of Blockchain technology within its territory. In fact, according to our research, the Panamanian government has consulted with experts of this technology to know the possible applications of it within the Panamanian national financial system.

In other countries, such as Peru and Paraguay, governments have decided to stay on the sidelines and only warn their citizens that using cryptocurrencies brings with it a series of risks that people should be clear about before starting to use them. This position is not entirely favorable but neither does it imply a position that will prohibit the use of virtual currencies.

Chile’s case is very particular. The southern country is one of the Hispanic countries with the highest number of people using cryptocurrencies as an investment and saving method despite the fact that the government has not created a legal text on the subject. Financial authorities have limited themselves to state that they need to study the technology better to enact an appropriate legal text.

However, Chilean Exchanges are having problems because financial institutions close their bank accounts and limit their access to the services they offer in banking without giving any justification to the Exchanges. This situation has reached the Chilean courts and the justice of this country is still expected to pronounce in this regard.

As for countries that have banned the use of cryptocurrencies, Bolivia and Ecuador are two of them. Specifically, the prohibition in Bolivia of using cryptocurrencies dates back to 2014, becoming the first country in Latin America to prohibit them by means of a really strict regulation.

Likewise, Ecuador prohibited cryptocurrencies, but with the hope that its population will use only the EMS, the Electronic Money System, which is a kind of government currency created to filter the entire business there. The project failed and had no impact on the Ecuadorian population. 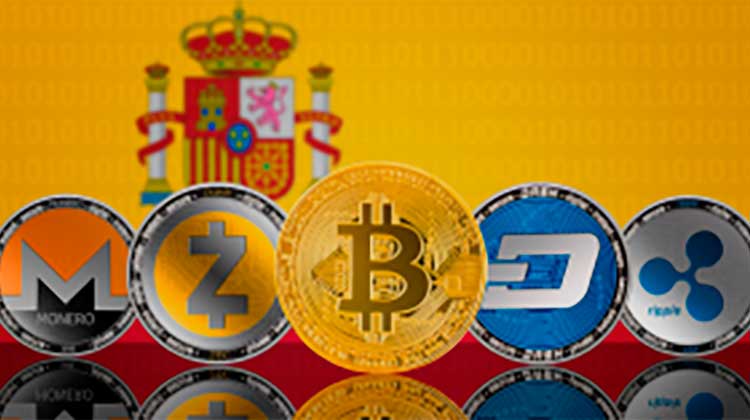 Within the large market of cryptocurrencies, there are also currencies that speak Spanish and not only one or two, but a really a considerable number. We will analyze here some of the most important ones in order to know the growth of the local market.

In Costa Rica, there is the Pura cryptocurrency, a currency that is designed for the common good and calls itself the first socially conscious currency in the world. According to CoinMarketCap, this currency has a market capitalization of more than 12 million dollars.

In Venezuela, there are several cryptocurrencies. The first was Bolivarcoin, a currency that was founded in 2015 and according to CoinMarketCap its highest valuation in the market was in January 2018 when it was worth more than 1,700,000 dollars. Currently, it has an appraisal close to $ 75,000.

The second currency to emerge in Venezuela was Onix Coin, a more recent currency but with a market valuation much higher than BolivarCoin. According to CoinMarketCap, its highest valuation took place in November 2017 and reached 13,700,000 dollars. Today, the valuation of this currency is close to $ 250,000.

Those are the currencies listed in CoinMarketCap, there are more Hispanic tokens within the market that are still in their development stage and are not listed according to their capitalization. These currencies are also important to highlight because they started as ICOs and ended up emerging as cryptocurrencies.

In this list, Inbest Network is included, a project that was born in Argentina and is based on facilitating the adoption of cryptocurrencies in the world market.

Another project that has the Hispanic stamp is LuKa, a Chilean project aimed to be the basis of the power of each user’s personal information. They want to take advantage of Blockchain technology to make this process more transparent. According to its website, the token is already quoted in 5 international Exchanges.

In Colombia there is the Scolcoin, a currency aimed to create a platform to raise funds for NGOs in Latin America. On its website, they notify being already accepted in 2 Exchanges.

In Venezuela, there is also the RilCoin, a currency that is being developed to encourage tourism in the South American country through a globally-accepted currency. The project is in full development and is supported by several Venezuelan personalities.

All these data reveal a great truth: the cryptocurrency industry keeps growing in the Hispanic countries despite the downward moments that the current market is experiencing.

Due to this growth, more and more ICOs are being created in Latin America and Spain and the number of investors in Blockchain projects is also increasing. The latter is owing to the increasing number of holders of Bitcoin, Ether and other currencies in this region and it is expected that each year appear more due to the fact that the people from these locations are using virtual currencies as an efficient and safe saving method

This reality is not being ignored by Blockchain and ICO projects. In fact, more and more of these projects are translating their Whitepapers, webpages and other material into Spanish. Taking advantage of investors in this market is something so important that it can really cause differences in the ICO’s collection process.