Home » About ICOS » Key points before investing in an ICO 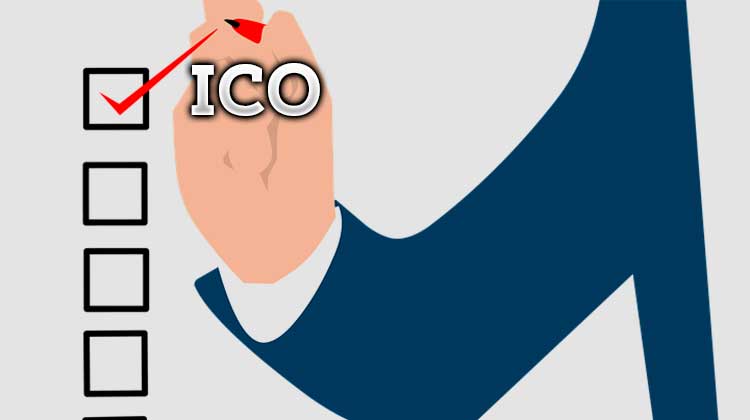 As already mentioned in previous articles, the cryptocurrency market is booming because it is a new modality that, if it comes out well, may generate huge profits out of the initial investment. However, today we will discuss the key points before investing in an ICO since ICO investments are considered very high-risk investments.

Therefore, today we are going to analyze the key points to bear in mind, if we are thinking of investing in an ICO.

What problem is being solved?

There must be a justification for an ICO fundraising. The vision of said project must be solving a problem or a need. You should know what that lack is, if it really exists, and if it is important for it to be solved

Evaluate if there is a market for that ICO

Although this point should be clearly explained in the ICO whitepaper. It does not hurt to dig a little before making a decision. Be aware of the potential demand for a project like this.

Be aware of the competition, or if there are already other companies offering the same. Here, it is important to point out that the existence of other companies is not necessarily a bad sign, because the demand is exponentially higher than the offer for that particular moment, in which case an investment in that ICO would be a great opportunity.

After evaluating the market, the competition, and the supply and demand, you should gain further insight about the world of ICOs to know if there are more campaigns with similar proposals. And if so, we must ensure that the ICO in which we intend to invest has the best proposal to achieve its objectives.

Who are the developers?

One of the biggest fears in this type of investment, apart from the possible failure of the project, is the possibility that people behind it disappear with all the raised money.

In fact, the boom in this type of investment has resulted in an increasing amount of frauds and/or scams.

It is, therefore, essential to know the group of people who offer the project. The ICO whitepaper must include the real names and surnames of each of its team members, their qualifications and their roles.

A fact to be considered is that many of current developers link all this data with their social networks, as well as the possibility of viewing previous works, blogs, pages, platforms of which they are administrators or are part aiming at confirming their identities.

An ICO supported by one or more legal specialists gains a lot of seriousness and credibility. Also, having recognized advisors or blockchain advisors adds a plus of trust.

Some ICOs are associated with platforms such as ICOBox where new projects will receive all the necessary advice, and where investors can go with the required investment guarantees.

A well-structured execution plan or “Roadmap”

The fact it is a great idea and that there is a receptive market is not enough.

A valid, transparent and realistic roadmap should also be drawn up. All this information is usually included in the whitepaper.

It should also include aspects such as: the time of the ICO, the plan to achieve the objectives, estimation of benefits, the amount and price of tokens to be sold in the pre-sale and in the crowdsale, etc.

Allocation and distribution of Tokens

A token distribution of more than 50% to the members of the team is very as greedy as suspicious.

A good project will link its token distribution to its roadmap.

Some projects only release their tokens hours after the ICO has finished, and certain projects need to develop a final beta or prototype before sending tokens.

Sometimes, a positive effect around the project is obtained due to the time that passes between the ICO and the distribution of tokens. Although it is not a guarantee, there have been cases.

Project developers must always keep transparently in touch with investors, evidencing each step, progress or situation of the ICO whether from the very platform of the project or through developers ‘social networks.

When evaluating an ICO, having knowledge in programming will very useful to do so.

Analyzing some codes reveals a lot about their developers. Check the consistency of the code and the use of appropriate comments.

Disordered developers should be avoided.

The length of a function is another piece of information to consider. A function containing a code more than 50 lines must raise a red flag.

Modularity is critical and makes the code more readable and maintainable.

Blockchain  projects usually have open source code and can be viewed on Github, which creates trust among the project community and encourages community developers to make suggestions or improvements.

Reputation: a material factor before investing in an ICO

It is advisable to look into comments about the project in specialized forums, because they can serve as a guide. But we should also analyze the excessively positive comments anonymously published, which are most likely to be false.

Also, visiting some platforms which usually rank and analyze all details of current ICO, such as their advantages and disadvantages compared to others. However, we will have to monitor all parts of the project for many of these analyzes are promoted by the ICO itself.

Another mandatory aspect that is worth analyzing when considering an ICO investment, is to identify the custodian services controller for the crowdfunding. Genuine developer teams will generally recruit people with a strong reputation within the cryptocurrency community to act as faithful holders of the funds raised.

These people are less likely to run away with the raised funds because their reputation is at stake. In addition, in the event the financing for the project is not achieved, there must be a condition to refund the money to the respective investors. This acts as a failure test in the case funds raised for a project are low.