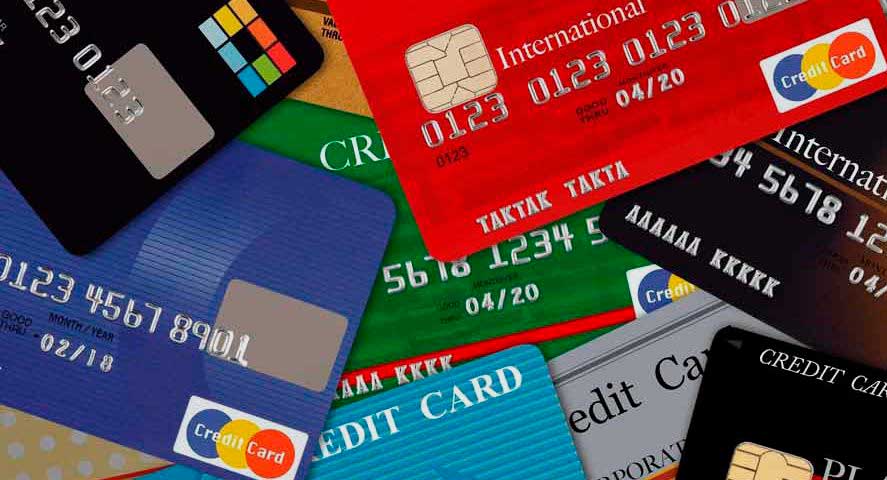 Since the “Genesis Block” of the Blockchain network of Bitcoin was mined in 2009, the growth of cryptocurrencies has been abysmal. A financial revolution started whose push is still evident today, and almost 10 years later there are already prepaid cryptocurrency cards.

Logically, a large sector is worried about said growth: that of banking and financial services. The Blockchain technology is evidently causing changes that could make traditional banking and all classic financial instruments become obsolete.

Due to this situation, many have run scared while others have declared war against cryptocurrencies, but there is a small group that has sought to make the most of the situation and have sought alliances with this growing market. Such is the case of debit cards, one of the most recognized financial instruments worldwide.

Thanks to this alliance, daily operations with cryptocurrencies have been made, an important element to achieve the massive adoption intended for cryptocurrencies. But, how do these debit cards work? The cards make the conversion of the cryptocurrency to its equivalent in the Fiat money accepted in the shop premises. In this way, cryptocurrencies can be used as a method of payment in any shop premises, regardless of whether or not it accepts virtual currencies.

What are the best cryptocurrency cards?

We created a small list with the options we like the most in the market as well as our reasons to include them in this list. 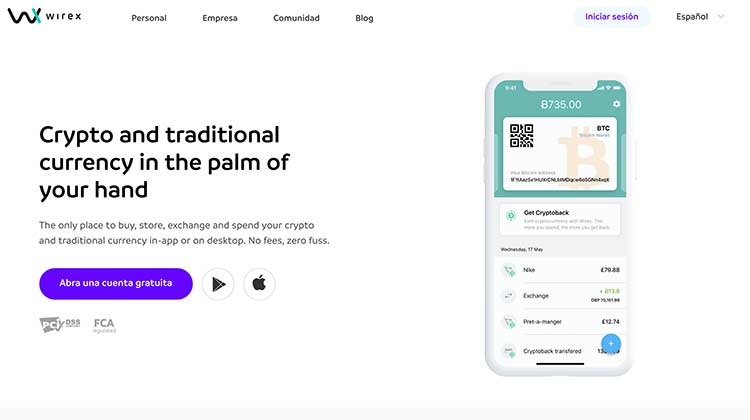 This card is relatively new in the market and has achieved a large number of users. This card can be obtained both physically and virtually and can be requested once all the data is provided on the platform.

An important fact of Wirex is that the cards have no limit. That is, you can top up in cryptocurrencies and spend balance without any limitations. To top up the balance, this card accepts both BTC and other cryptocurrencies.

Regarding the Wirex commissions, it also offers opportunities for users since they are quite low. Another element that must be highlighted from Wirex is that it has an application for iOS and Android devices so that users can control their card expenses whenever and wherever they want. 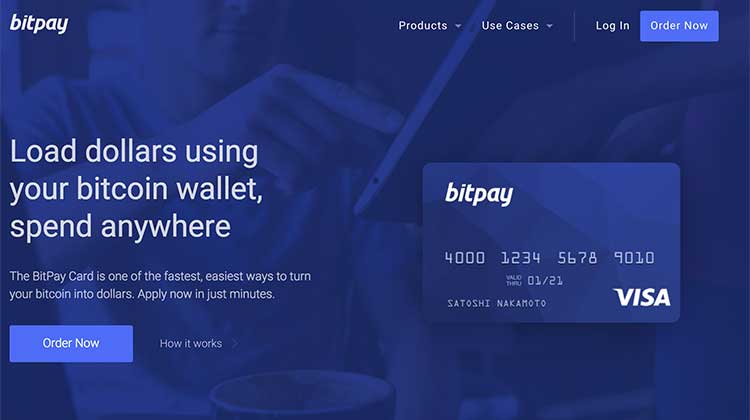 It is one of the most popular cards in the cryptocurrency market because it offers the possibility of recharging the balance with BTC and other cryptocurrencies. The card allows to turn the BTCs held in the Virtual Wallet of the site into dollars which can be used anywhere. It works with the Visa platform and can be used in any shop premises that accepts Visa cards. It also allows to make regular withdrawals at ATMs.

The purchase process is quite simple. When opening the account in Bitpay, we will have to confirm our identity to comply with the KYC/AML policies and once it is approved, we can request the card. The card will arrive at the address specified in the confirmation process and we will only have to activate it to start using it. Something that is important to add about Bitpay is that it only offers the physical card service. At the moment, it is only available in the US, but it was announced that it will soon be available in other countries. 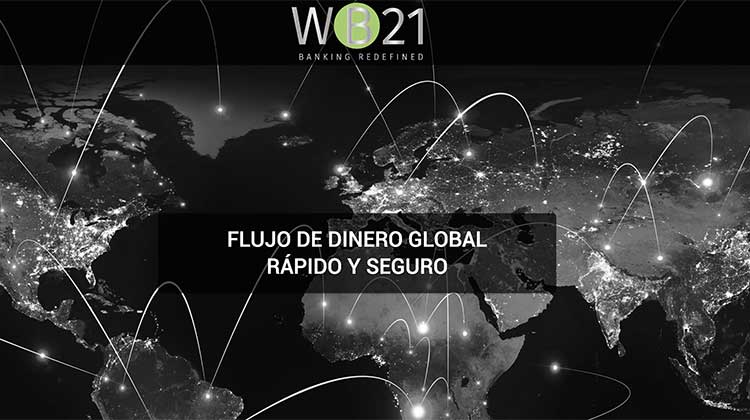 This platform offers both virtual cards and physical cards. We can obtain a first virtual card completely free, but if we want another one we will have to pay 2 dollars. The issuance and sending of the physical card are worth 8 dollars. 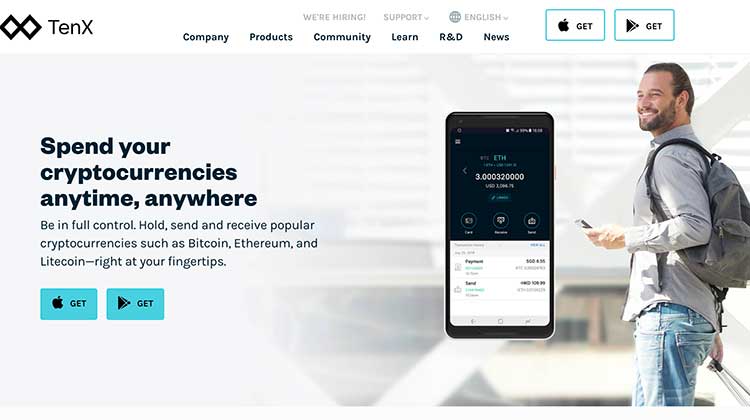 This card started as an ICO in which the PAY token was available for sale and since then they have had a very significant growth to highlight. This card has been very well accepted by the Ethereum community since it is a card that has been mainly focused on working with ETH.

The issuance of the card is priced at $ 15 and $ 3 must be annually paid to maintain it, but this maintenance payment may be exempted if more than $ 2,500 are spent within a year. To request the card, you need to download the card application (available on both Android and iOS). The only problem with the card is that to get it you have to sign up on a waiting list and you do not know the average time for it to arrive.

In the Whitepaper of the project, it is mentioned that 0.5% of the profits annually received for commissions will be distributed among all the card holders. This has not yet been clearly specified and since its mass adoption has not yet begun, it is unknown how this will be applied. 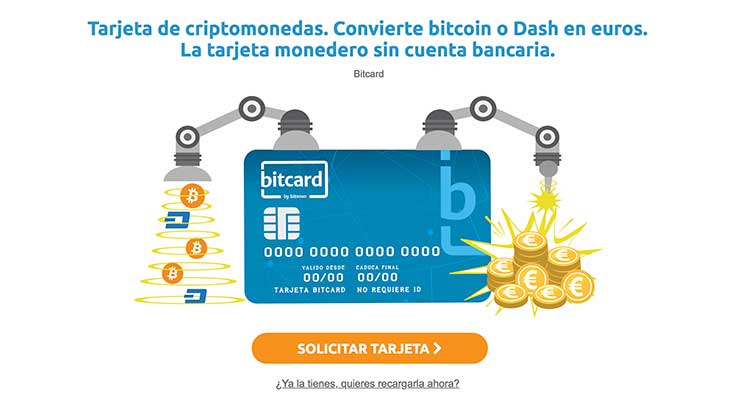 Bitnovo is a Spanish platform specialized in the purchase of Bitcoin and Dash, but it also provides its users with Bitcard: their own debit card that is topped up with Dash and Bitcoin. A remarkable point of this card is that no registration is needed to be able to request it and it is activated through SMS. This feature has made it very appealing to those who want to maintain the characteristic anonymity of cryptocurrencies.

The card has 3 levels: basic, one, and premium. The basic is the only one that does not require data verification. It is the initial for all customers and is also the one with the lowest top-up limit. The other two levels have higher top-up amounts, but they are already asking users to go through a slightly stricter KYC/AML process to verify their data. 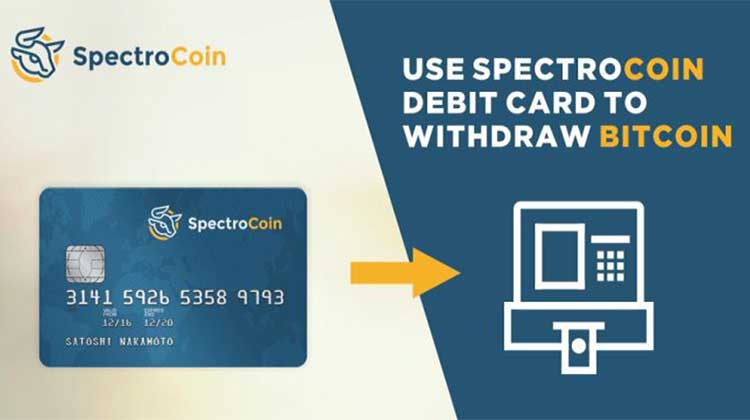 SpectroCoin is mainly an Exchange that works with a wide variety of currencies, but it also offers a very complete card service. These offered cards are rechargeable with the funds held in the Exchange.

Once the application is made, the physical cards arrive in a period that ranges between 1 week-1 month and has a cost of 5 dollars whereas the virtual card is generated immediately. The maintenance of the cards has a cost of 1 dollar a month.

Its use has generous limits since its holder is allowed to use between 1,500 dollars to 3,000 dollars in a maximum of 2 daily operations. Everything will depend on whether the user’s data has been verified on the platform or not. To withdraw at ATMs, the card charges a commission of $ 2 and a half for each withdrawal.