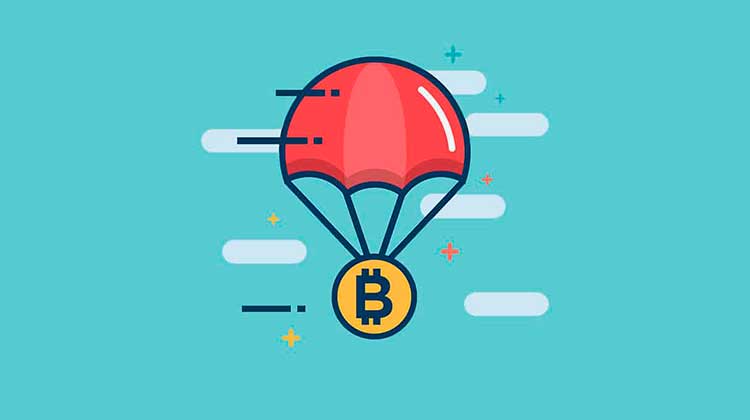 As time goes by, ICO AirDrops have become so important that no project intended to be successful should leave them to chance. Although this technique is nonsense for many, there is a reason for giving away tokens to different users that can benefit the projects.

But, does it make sense to give away ICO tokens? At first glance, it may seem that there is no correlation in giving away something that is expected to have a value within the market. However, understanding the supply-demand rule that moves the token and cryptocurrency economy, an AirDrop can help a lot the valuation of the asset.

An AirDrop and its support to an ICO

The AirDrop is the first door to the globalization of a project. Thanks to a well-planned AirDrop, the token can be used by users worldwide, which leads to a positive valuation of the asset since it implies its global use and a much wider introduction to the markets.

A second element to evaluate is that the AirDrop can become very useful tools for marketing. There are AirDrops that require users to pay for the reward in tokens and many times what they request is to promote the project in their social networks. This promotion becomes natural advertising seen by thousands of people, being in many opportunities more effective than paid advertising.

Finally, an AirDrop allows creating a community of users interested in the positive evaluation of the token, something that every project needs to have in order to be backed up by the large community of cryptocurrency users which not only will promote the ICO in its beginnings, but also will make the project be discussed and talked in the long run.

Choosing how to execute the AirDrop

One of the most important steps to be taken before launching an AirDrop is to plan its execution. A bad planning of this step may cause, effectively, that the contribution of tokens for the community becomes sterile and unproductive for the project, something that is not wanted for any ICO intended to be successful.

To avoid this, ICO advisors and experts recommend AirDrops to focus on giving away a greater number of tokens to a group of selected people known to have the potential to commit to the project and generate a community that benefits the currency.

In order for that group of people to commit to the project, it is recommended that “tasks” be requested in exchange for the tokens. For example, asking them to follow an account in social networks and to post information related to the project in their personal accounts, among other possible examples. Thanks to this method, those users who do not want to commit themselves to the project are filtered and whose inclusion is not profitable for the project.

Tokens to be distributed

Another very important step to take in an AirDrop is to determine the number of tokens that are going to be distributed. If it is decided to provide very few tokens, the market might have no reaction and the AirDrop would end up being nonsense. But if many tokens are given, the valuation of the asset might end up being diluted in the middle of the large number of free tokens in the market.

Experts agree that this step is not easy to plan and that project sponsors should evaluate the economic aspects of the project very well and make this decision when they already have a clearer idea of how the market will react to the token that is being launched.

The partnership between AirDrop and marketing

As mentioned before, an AirDrop campaign is paramount for the marketing of a project, but it cannot be considered a whole. The AirDrop campaign must always be supported by an intense activity in social networks that contribute to the construction of the community. Thanks to the activity in social networks, the receivers of the issued tokens can gather in a big space and can learn more about the project.

Likewise, an AirDrop needs a lot of advertising through social networks in order to reach the right people with the accurate information. Believe it or not, there are scammers who manage to obtain data from users by means of supposed AirDrops that in the end are a scam and a lie. Therefore, to prevent these tactics from being successful, it is necessary to explain the execution of the Airdrop through the official social networks of the project. as it will be the execution of the AirDrop.