Usted está aquí: Inicio / About ICOS / What is a 51% attack on the Blockchain? 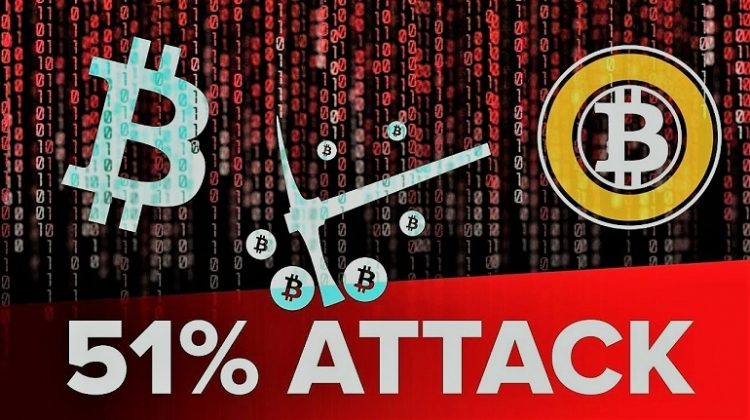 With the last 51% attack on Ethereum Classic’s Blockchain network, the issue has been put back on the table. But what is really a 51% attack? Are our crypto currencies at risk? Can it affect me at all? Don’t worry, we’ll clarify the subject so you can clarify all the doubts you may have about it.

In TodoIcos we have commented on several occasions about Blockchain technology and, as we well know, it is a technology that works in a decentralized manner. How does governance achieve in the midst of decentralization? It does so through consensus among its users.

This consensus is somewhat “democratic”, implying that whatever the majority decides will be executed or carried out within the Blockchain network. Obviously, the miners who are connected to the Blockchain network are looking for the network to remain stable and secure, so they all fulfill their functions to achieve such a goal.

But what happens when the majority of the network’s voting power is in one person? This is when the 51% attack is born.

A 51% attack, also known as a “double-spend attack” happens when a miner, or a group of organized miners, obtains 51% of the hasheo power within a particular Blockchain network. Having such a hashing power within the network, the miner or organization can decide on the validity or not of the transactions that are sent to the Blockchain.

With this capacity, the miner can achieve the reversal of operations that have already been completed, which leads them to use their coins to spend them several times. This is why it is also called a “double-spending attack”.

Can a 51% attack affect the entire Blockchain network of the affected crypto currency?

The answer to this question is a resounding no. The only thing the attacker can control are operations that happen while he has 51% of the hasheo power. Operations that are captured in previous blocks can NOT be modified by an attack of 51%.

In addition, it is also important to mention that the attacker can not do anything against the crypto currencies that we have stored in our wallets since it would need the private key of our wallet. So we don’t have to worry about this possibility since it’s not even remotely possible.

How do the 51% attacks happen?

Now that the basic concept is clear, let us try to explain in a simple way how a 51% attack happens in practice. For this explanation we must first go back to the process of how transactions work within the Blockchain network.

The measure of computational power is called “hash power” and the more hash power the miner has, the greater the likelihood that he will solve the algorithm and take with him the mined reward.

Once the miner has resolved the algorithm, the transaction block is sent to other miners so that they can verify that all transactions within the network are correct and match the data expressed within the Blockchain network. In other words, they will verify that the users who have made the crypto-money transfers actually possess the funds to be able to transfer those currencies.

Having refreshed the process, let’s see how the 51% attack itself happens. The problem starts when the attacking miner, having the hasheo power of 51%, starts to build his own version of the blocks of the Blockchain network. This implies that “two” Blockchain networks are formed, one that is legitimate and the other that is the one that the attacker is elaborating.

The attacker’s Blockchain chain is totally unknown to the miners since he is not transmitting it to the rest. Although unknown, the attacker continues to develop his own version of the chain. What happens is that the attacker proceeds to spend all his crypto coins and allows transactions to be recorded on the “valid” Blockchain network but does not record those expenses on his own network, which leads to him still “having” the crypto coins.

Meanwhile, the miner with 51% of the hashing power is preparing his version of the network for this to be the longest and heaviest, compared to the “valid” network. Having 51% of the power, the attacker miner can make his network add blocks faster than the valid version where the other 49% works.

When you have a longer chain of blocks, the attacking miner will send his version to the rest of the Blockchain chain. The Blockchain algorithm is designed to follow the longest and heaviest chain because it considers that a greater percentage of hasheo participates and therefore, a greater number of users participate.

To gather 51% of the hasheo power in big networks like Bitcoin or Ethereum is practically impossible, they would have to develop super computers or use all the computational power of servers of technological companies like Google or Facebook and not even this way could be achieved.

However, these attacks may be possible in smaller crypto currencies where the hashing power of the entire network is low. Not only does the possibility exist, they have already happened and have generated important effects.

The last one we saw was the one made over the Ethereum Classic network. In this case, those who could see the attack were the exchanges when they saw strange movements within the operations that were carried out with this currency.

In 2018 we could see 51% attacks on crypto currencies such as Bitcoin Gold or Verge. it should also be noted that miners who manage to possess 51% of the hashing power and thus generate the attack of double expenditure, are not maintained for long with that power. Maintaining 51% of the hash power involves a fairly high expenditure of electrical energy, so every second maintaining this power costs money.

Finally, it should be added that most of the large crypto currencies that have suffered this type of attack do NOT cease to exist when this happens. What usually happens is a significant depreciation in their prices but later we have seen them recover.