Home » About ICOS » What is a Ponzi scheme? 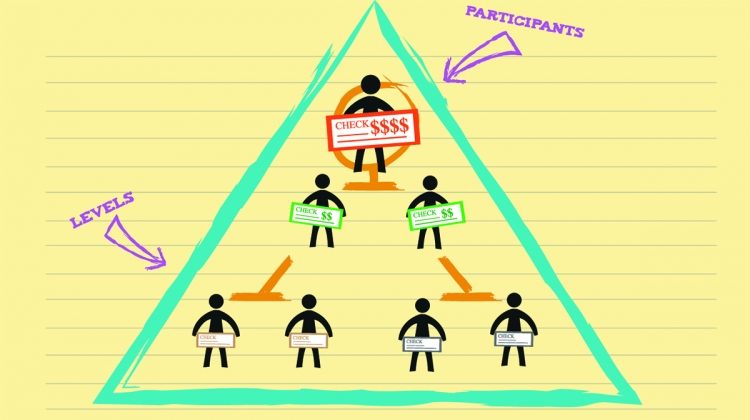 How many times have we read or heard the word Ponzi in the world of crypto coins? You may have heard that crypto coins are a Ponzi system or that within this market there are many schemes that behave this way, but what is all this about?

What is a Ponzi system?

Ponzi systems are given within the world of investments and are scams that entice investors by promising high rates of return on their inversions in a very short period of time. In order to convince investors to put their money into the system, the developers of this scam promise that the investment will carry very few risks, giving you complete security about the supposed profits they will make by putting their money into the system.

At first, the scheme seems to work very well and bears fruit for its investors, but these “earnings” are actually the capital that has been coming in from new investors within the scheme. When there are “profits”, the system becomes a “vicious” circle (or virtuous, depending on the point it is seen), because this “success” attracts more investors to the system and therefore more “profits” are generated for previous investors.

Rupture of the Ponzi system

Origin of the name “Ponzi”

The name of this scheme is given by the first man who applied it, Charles Ponzi. This man, in 1919, taking advantage of his astuteness and of the legal vacuums of the moment, set up a system in which he took advantage of the international postal system. Charles Ponzi discovered that his procedure left good dividends and saw an opportunity to make more money.

He created a company called “Securities Exchange Company” and with it opened to the public the possibility of placing his investment to obtain returns of 50% in 45 days or 100% in 90 days. Ponzi, instead of putting that money into his successful formula, used investors’ money to redistribute it to investors on a first-come, first-served basis. The system lasted a little less than a year since the American authorities investigated and found that it was a fraud.

Warnings to be taken before Ponzi schemes 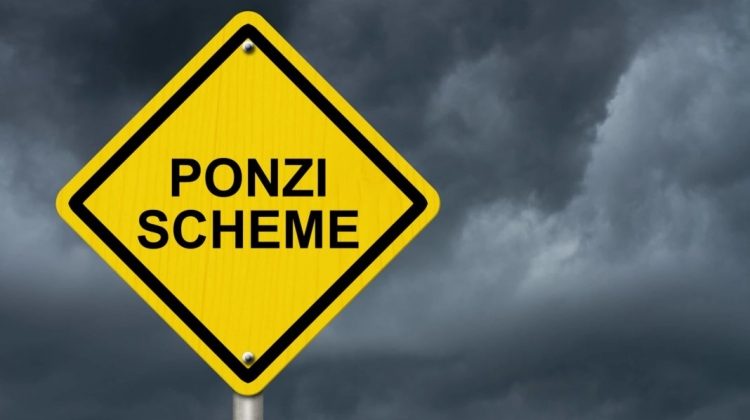 Seeing the definition of these schemes, we surely think that Ponzi systems are very obvious to detect, but the truth is that they are becoming more sophisticated and deceptive within the market. Just look at the track record of Bernie Madoff, a renowned Wall Street investment manager who in 2008 discovered that his entire Investment Fund was actually a Ponzi scheme.

To identify a Ponzi system, we have some elements that are very common to see within the market, are the following:

Many claim that the whole market of crypto coins is a great Ponzi system, but, this statement shows a total ignorance of the technology behind these assets and their usefulness within the market. What is certain is that crypto currencies, like the dollar, the euro or any other currency, can be tools to carry out a Ponzi system.

In fact, thanks to irreversible transactions and public interest in Blockchain technology, fraudsters are seeing a golden opportunity in this market to carry out their fraudulent schemes. Faced with this reality, we must be very aware of the scams that appear daily in the cryptomarket.

The most recent and notorious example is BitConnect, a crypto currency that came to market with promises of big profits for its investors. The project did not explain at any time how it would make the big profits it promised to its investors, but assured through empty and emotional phrases that investors would get dividends.

Through these promises the currency came to have a global capitalization of 2.7 billion dollars, however, overnight, as with the Ponzi schemes, the project crumbled and many investors lost their money.

The project was even denounced by prominent figures in the world of cryptomedas. Vitalik Buterin, creator of Ethereum, said in his Twitter account if BitConnect is offering a performance of 1% per day then it was a Ponzi. Charlie Lee, creator of Litecoin, also said on Twitter that Bitconnect looked like a classic Ponzi system.

BitConnect’s promoters are currently prosecuting fraud with financial authorities in India and Australia. The personal accounts of these individuals have been frozen and the authorities are investigating the method they used to deceive investors.

Another Ponzi System that we could classify as “current” in the world of crypto coins is OneCoin. This Bulgarian company, under the excuse that they are a school to learn about crypto currencies, trading and Blockchain, are based on the search for new “students” (actually they are investors) for their platform. To access the books a minimum investment of 100 euros is required, which is returned in OneCoin tokens.

These “crypto coins” have no Blockchain network, cannot be removed from the platform and have no usefulness in the market. Thousands of users around the world have denounced how OneCoin has taken their money and authorities in Italy, Belgium, China and other countries have proceeded to make arrests and investigations against the promoters of this project in their respective countries.

Another scam that has been very fashionable within Spanish-speaking countries, is AirBit Club, a platform that promises important benefits to its “members” thanks to the profits they make from mining, trading and owning the crypto currencies.

To access this “Club” you have to pay a membership fee. The cheapest, bronze, has a price of 1,000 American dollars. Bronze membership reports “earnings” after 225 days (not including weekends) and reports a supposed $7 in daily earnings.

However, the primary source of income for members is by referring new members to the club. By means of complex algorithms, the developers of this “Club” establish different levels to obtain profits with those referred to the club.

To this day the authorities have not pronounced themselves against the project nor have they reported on the illegality of the project, however, there have been numerous complaints from club members who have seen their money not returned even when the established stages within the same club are met.