Home » About ICOS » What is the Whitepaper? and Why is it so important in ICOs? 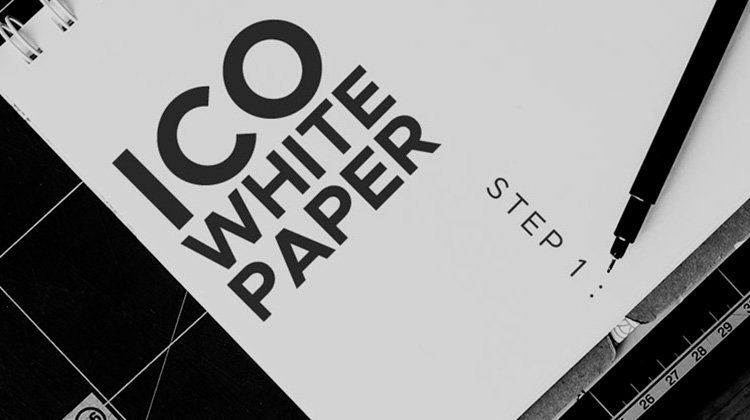 What is the Whitepaper?

Before launching an ICO fundraising campaign to start up our project, the proposal presentation is extremely important because potential investors are interested in knowing clearly and in detail how, what their money will be used for and, of course, what they would receive in return.

Therefore, the whitepaper is critical when financing is sought. It is a document that will explain in detail the entire project plan, its execution, the objectives to be achieved, and its team of developers.

Each group of developers will draft up their whitepaper, focusing on technical, commercial and financial aspects of the ICO. As it is a relatively new approach style, there is no strict pattern to draft it.

Some templates have been created based on trial and error, so that the so-called white book has the intended impact.

Format and length of the whitepaper

It is generally presented in PDF format, but there are discrepancies as for its length: there are those who agree with an up to 100-page whitepaper. However, most of the proposals tend to be shorter and do not usually exceed 30 pages. When Satoshi Nakamoto published his currency proposal (Bitcoin) in 2008, it consisted of only 8 pages, which were enough to revolutionize the financial system.

Therefore, the most important thing is not the length of the whitepaper, but the effective approach of a promising project.

A whitepaper usually starts with this section and is the part that will have the highest impact on potential investors because, as its name suggests it, the whole project is summarized in this part.

In most cases, the reader will decide whether to continue reading the project or not, based on this summary.

In this part of the document, the strengths or important aspects should be highlighted, and the most relevant and promising features of the project, its plan, and its possible benefits, should be mentioned.

The most of the first lines reading must be made.

Starting with the history of the bitcoin, or the blockchain must be avoided because the target potential funders of these proposals are usually familiar with everything related to cryptocurrencies, it would be tedious, and it is not what they expect to read at the beginning of the whitepaper of a project.

In this part, the project will be explained in a more extensive way, the problem or need to be solved, the proposed solution, its execution modality and its estimated benefits, as well as a market research applicable to our startup.

A good part should be devoted to explaining that it can be a profitable source of benefits, of course always within a realistic and achievable framework.

The whitepaper must include a commercial approach, proving investors that there is a market for your project and a need for a product like yours.

In the conventional investment system, the financial statements of the company are used before investing: its background, its balance sheets, its performance, etc., in order to make predictions about future profitability.

However, neither the past performance of a company can be proven with the ICOs, nor its value can be estimated, but rather forecast according to the technological proposal and the due market research done conscientiously based on the needs and applicability of the project.

Consequently, potential investors must fully understand all aspects of the project, including its risks.

Other features of the whitepaper

All these data and market research should be clearly reflected in the body of the whitepaper, and as some people take the information by visualization, illustrate the figures and important facts through tables or graphs instead of having to dig through the entire document to understand the numbers.

You do not need to show that you are the only one or the first one with that idea, what you do need to prove is that your project plan and your approach is better than the rest.

Contrary to what one might think, potential investors will take into consideration the fact that there is competition, since it will be a signal that there is a real need for a project like yours in the market.

Because of the current proliferation of ICOs and fraud attempts, investors are increasingly alert; therefore, it costs a bit more to break down the distrust barrier.

But what better way to generate trust than putting face, names and surnames to the developers of the project?

That is why dedicating a section of the whitepaper to present the team of developers is, hands down, something that cannot be missing.

A duly identified photo of each of the members should also be added, their qualifications, and the role they have played in the project. A brief biography is also an option.

A plus of trust is to link all that personal information with social networks, links to their previous projects, etc.

Investors will, logically, want to know where their money will go. In consequence, generating trust is essential. To do so, the use of their funds must be clearly and concretely explained.

Tokens are the units of value that developers create to offer investors and sustain their project.

Tokens can have a variety of qualitative and economic characteristics as well as being based on a standardized technological format. Everything must be properly explained.

This section should clarify aspects such as whether an effort will be made to list the token in a regulated alternative trading system (ATS), or if there are negotiation restrictions on the value.

Also, the intended use of the currencies issued in the offer must be explained, as well as their quantity and if the founders or advisors will have in their possession reserve currencies and how they can choose to settle them, including if there are restrictions on their selling capacity.

This last part to the white paper should be also included, where the risks and consequences are explained in the worst-case scenario for the token holders.

Buyers should be fully aware of their potential vulnerability to the possible failure of the project and other factors that could negatively affect them.