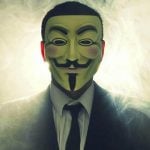 If you are just starting out in the world of crypto coins, or if you already have some time immersed in it, you have probably seen the term "Satoshi" and especially in relation to the prices of the different "Altcoins" that exist in the market. It is possible to hear that a Dash costs so many Satoshis or that a Monero token is calculated in a certain amount of Satoshis, but for … END_OF_DOCUMENT_TOKEN_TO_BE_REPLACED

Since Vitalik Buterik presented the idea of Ethereum, cryptomoneda has had an impressive growth, demonstrating a potential of Blockchain technology that had not been appreciated before. Faced with this impact, the use of Ether has spread and today many want to know how to mine Ethereum.Since Ethereum is the platform most linked to ICOs by its ERC-20 standard and the … END_OF_DOCUMENT_TOKEN_TO_BE_REPLACED

Thanks to the boom of ICOs, this money collection method has become an opportunity for many enthusiasts and entrepreneurs to raise funds and launch the project they have long dreamed of. Blockchain technology has made access to investment much easier than before. The reality is that any project can have its own currency and launch its ICO to the market.Today, we will … END_OF_DOCUMENT_TOKEN_TO_BE_REPLACED 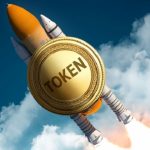 One of the most critical elements to taken into consideration within an ICO is the Blockchain platform in which it is being launched. Indeed, we have had to evaluate even more lately because Ethereum is not the only platform in which ICOs can be launched and the alternatives have shown worthy advantages to name.Owing to this situation, this article is intended to show the … END_OF_DOCUMENT_TOKEN_TO_BE_REPLACED