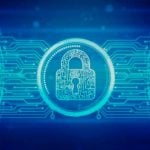 The crypto currency boom has caused investments within the ICO market to reach a very high point. According to estimates, only for 2017 a total of 5 billion dollars was invested in different projects and everything indicates that the projections for 2018 are just as high as the previous year, so developers have to take into account the safety of the ICO.However, these high … END_OF_DOCUMENT_TOKEN_TO_BE_REPLACED 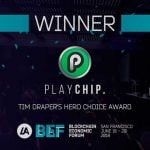 This week San Francisco witnessed the Economic Forum "The Blockchain", a forum that brought together large investors, developers, politicians and those interested in cryptomoney technologies to evaluate projects, projections and many interesting elements of blockchain technology where ICO PlayChip was the star of the event.Among the speakers at the event were personalities … END_OF_DOCUMENT_TOKEN_TO_BE_REPLACED 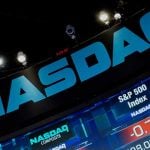 With the growth of the cryptomoney market, ICOs has been a very effective way to get different starups to get the necessary capital for the establishment of their projects. However, within the world of financial investments, there are those who believe that this form of financing is causing harm to small investors.Nasdaq's CEO, Adena Friedman, is one of the critical figures … END_OF_DOCUMENT_TOKEN_TO_BE_REPLACED 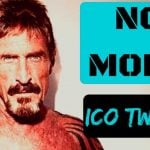 John McAfee is one of the great references within the world of crypto currencies. Immersed in the world of technology for many years thanks to his famous antivirus, the tycoon has long defended crypto currencies.However, in a tweet posted on June 19 on his own account, John announced that due to "SEC threats" he will no longer work or recommend investing more ICOs. He also … END_OF_DOCUMENT_TOKEN_TO_BE_REPLACED 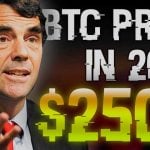 In spite of the low prices that Bitcoin and the rest of the virtual currencies are going through, there are those who venture in the prediction of bitcoin, and that is that investors continue to predict a rising future in market prices. Tim Draper is precisely one of the investment advisors who envisions these numbers for the most capitalized crypto currency in the … END_OF_DOCUMENT_TOKEN_TO_BE_REPLACED