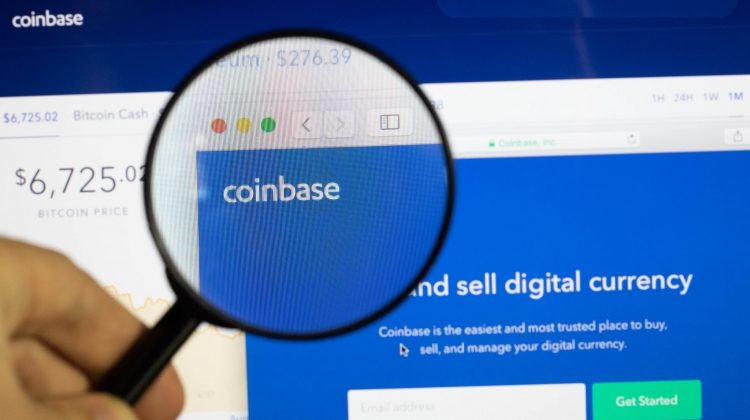 Very recently we did a complete review of Coinbase, offering our opinion and the most important features of this North American Exchange. By doing an article on commissions in Coinbase, we want to delve into an important issue when evaluating an Exchange and comparing it to the competition.

As also explained above, Coinbase offers the wallet service of the crypto currencies that are listed on your Exchange.  This service offered by Coinbase is totally free, that is to say, we will not have to pay for the purchase of a purse inside the Exchange nor for its maintenance.

It is very common for Coinbase users to transfer each other’s crypts as part of various commercial operations. The positive thing about this option is that Coinbase does not charge any kind of commission for transferring crypto coins from one Coinbase wallet to another.

Coinbase Commerce is an extension of the Exchange that helps merchants accept crypto coins as a form of payment in their business. For this service, the platform does not charge any type of commission, it offers it completely free of charge.

In addition to the free services, the platform charges a number of transactions. A total of 3 services are charged for:

The platform imposes two costs. The first is a spread (a difference that is added to the final price of the asset in the market) and the second is a percentage or fixed commission on the operation and varies according to the amounts (we will explain below).

As mentioned above, the platform charges a spread on the final price of the asset in the market and for these trades is 0.50% of the price. It is necessary to add that this percentage is not fixed since from Coinbase they warn that the Spread can vary according to how the market moves.

Together with the spread, the platform charges a commission that can be fixed or variable percentage depending on the amount of the operation and also varies according to the geographical location where the operation is being made. The platform will always charge the highest commission between the fixed and the percentage variable.

The fixed rates for the purchase and sale of crypto coins are as follows: 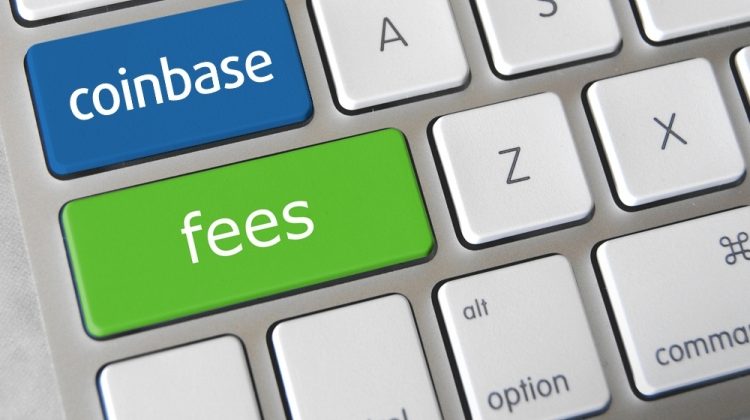 The variable percentage rates according to geographical location are as follows:

Within the Commissions in Coinbase we can see a 4% base rate that applies to all buying and selling operations except for income and withdrawals in dollars.

If it is an ACH transfer, there are no other surcharges apart from the percentage.

If made by normal bank transfer, there is a surcharge of $10 for deposit and $25 for withdrawal.

Standard rate for buying and selling

Commissions in Coinbase for conversion of cryptomone for another cryptomone

The platform charges these operations by means of Spreads on the prices of the crypto currencies to be converted. The spread is priced at 1% on the price of the cryptomoney to be obtained. As Coinbase has warned on other occasions, the spread percentage may vary according to market operations.

Commissions on Coinbase for purchase of Coinbase Bundle

The platform offers the coin basket service to be able to buy several cryptoactives in a single transaction. The advantage of this option is that Coinbase does not charge commission for each cryptomone but rather charges for the global purchase as if it were a one-time purchase. The fee charged here is the same as for buying a single asset.

Comparison of commissions on Coinbase with other Exchanges

To get an idea of how Coinbase fits into the exchange market, we have also decided to investigate the commissions charged on other platforms so we can get an idea with real numbers and data.

Foregoing the functionality of Binance Coin to pay commissions within the Asian Exchange, Binance charges a 0.1% commission on all trading operations between crypto currencies. Let’s remember that Coinbase applies its commission by means of a Spread of 1%.

Because Binance has no options to sell crypts per Fiat coin, commissions to sell crypto coins are charged on the crypto coins themselves. As an example we can see that for Bitcoin a commission of 0.0005 BTC is charged, for Litecoin 0.001 LTC, for Ether 0.01 ETH and for Ripple 0.25 XRP. To see the complete list of commissions, you can visit the official Exchange page.

Regarding the purchase of Criptomonedas with Fiat coins, we must see that Binance announced an alliance with Simplex at the end of January and this allows it to enable the purchase of Bitcoin, Ether and Litecoin with Visa or Mastercard credit cards. The commission to be charged will be the higher of the 3.5% option or the fixed fee of $10.

Making an entry into Binance directly using crypto coins is free of charge, i.e. no commission is charged.

The commissions for trading within Bitfinex are not fixed since they have the Maker-Taker system. Makers are those who open new orders within the market while Takers are those who take the order that the maker has previously created.

The trading commission for the Maker within Bitfinex is priced at 0.1% of the amount in question, while for the Taker the commission is 0.2% above that same figure.

With respect to income in crypto currencies, Bitfinex does not charge any type of commission when more than $1,000 dollars is deposited in the equivalent of the crypto currency that is being deposited. To continue making the comparison with other currencies, we can see that in Bitcoin we have an income commission of 0.0004 BTC, for Ether are 0.00135 ETH, in Litecoin are 0.001 LTC and for Ripple 0.02 XRP. To see the complete list of commissions, you can visit the official Exchange page.