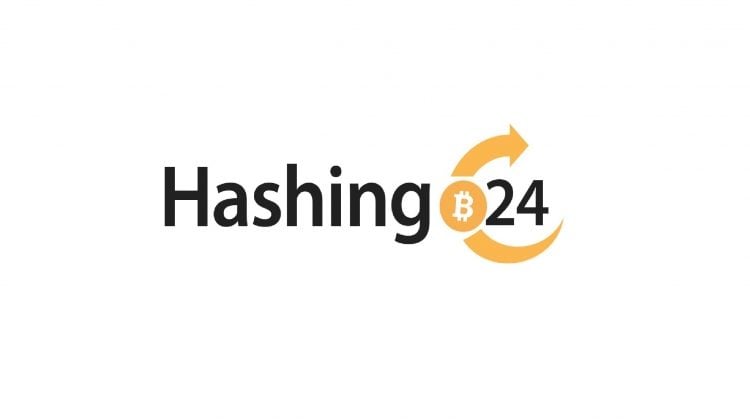 Cloud mining, as proposed by Hashing24, continues to attract thousands of users from all over the world. The ease that mining represents without the need to deal with maintenance, electrical consumption or connection problems are very striking for those who seek a passive income constantly.

However, not many companies offer a secure service within the world of cloud mining. The market abounds with platforms that offer the service but actually turn out to be ponzi schemes that end up being completely insolvent to users.

Faced with the complex reality that exists within this market, we wanted to continue evaluating the most realistic options we can have in mind to mine crypto currencies in the cloud. Our evaluation of these platforms goes beyond identifying their veracity, we also focus on their profitability.

Hashing24 is a platform that, according to its developers, is since 2012 within the web space fulfilling its customers and providing a unique experience for cloud mining. Today we will evaluate how true this is and how good this option is for mining crypto coins.

Based on their website, we can see that Hashing24 is an Irish company operating since 2012 with industrial mining, having teams in Canada, Norway, Iceland and Georgia. Presents an alliance with the mining equipment company Bitfury to have unique equipment that takes full advantage of its capacity.

As far as mining power is concerned, they have a power within their network of 41351 PH/s, that according to their own numbers. This reach has enabled them to become one of the world’s benchmarks for providing cloud mining services.

Now, developing the first steps of the Hashing24 research, we proceeded to analyze the website at Scamadviser. According to the results we could see that the account really has 3 years of existence, situating its inauguration in the year 2016. Here we see the first incongruence, 2016 is 4 years apart from the supposed year in which they started operating.

In addition to the above according to its IP, the website is hosted in the United States, which is quite suspicious because it is an Irish company. For technical reasons, it would be better for them to have a European server.

According to the developers, all the Petahashes they have in their systems have been sold so they should be bought from other users who want to sell their contracts for life. This aspect is also suspicious since Hashing24 has 41351 PH/s available, it is difficult to understand that its power has been allocated in its entirety. Faced with this reality, two things can happen, either it is false that all the power has been allocated or it is false that they have that level of power. We are particularly inclined towards the second option.

The auction of contracts is done directly from the Hashing24 website. The procedure to participate is really simple, all you have to do is register on the platform, recharge your balance and start bidding on the contracts.

At the time of this investigation, there were only contracts to mine with a power of 200 GH/s and the initial price within the auction was 0.001 BTC. These contracts are open, that is, they do not have an exact expiration date, although we will talk later about the expiration of these contracts.

The problem with this maintenance expense is that, at the price of Bitcoin today, these contracts produce less than it costs to maintain them. We can verify it by entering the data in CryptoCompare and see that 200 GH/s in Bitcoin’s Blockchain network produce 0.00000828 BTC daily, which is equal to 0.03158 dollars, an amount less than the cost of maintenance.

This is where Hashing24 problems start. Unlike other websites like Genesis Mining where contract losses are borne by the company, Hashing24 charges those losses to the customer’s account and holds the contract until the user’s account reaches 0.

This Hashing24 way of acting has led many people to lose all their money within the platform or even end up depositing more money so as not to lose what they have there.

This is coupled with the fact that the platform requires a minimum amount to withdraw funds, this amount is set at 0.002 BTC, in addition, they charge a commission of 0.001 BTC to withdraw. The reality is that many users don’t get to have that minimum amount within their contracts and end up seeing in their accounts how the maintenance fees consume all of their funds until the mining contract runs out.

The platform has been battered by a large number of users from all over the world. In the middle of our research on Hashing24 we could see that there are a lot of users who have put their money into the platform and end up losing everything.

According to what users say, the procedure applied to them has been to take money away from them for “maintenance” reasons, bringing their accounts to zero dollars in a few days. Some users comment that maintenance rates do not remain stable but increase as time goes by, which generates some uncertainty since it seems that the objective is simply to consume user balances.

Another point that caught our attention is that, according to their website do not serve users based in the United States, but many of the users who have raised their voices to be dissatisfied with the platform are Americans. These users could ask their country’s financial authorities to initiate investigation procedures against the platform and since it is located on a U.S. server, immediate action could be taken.

Focusing on a specific point of the suspicions we have for Hashing24 we must highlight the supposed alliance they have with Bitfury. On their website they announce this agreement as one of the most advantageous points of their platform, but within the official Bitfury website we have not found any official information regarding such collaboration. Probably such an alliance will only be limited to Hashing24 “using” (we’re not sure if this company is really mining cryptomedas after all we’ve seen) the equipment developed by Bitfury.

Cloud mining is a fairly complex world, abounding in fraud and swindling. Unfortunately there have been many who have lost money on these sites, creating a negative shadow around the Blockchain technology and crypto currencies.
Specifically with Hashing24 we have been able to see many rather questionable elements and features. We do NOT recommend this site after all the inconsistencies we have seen in your maintenance collection system and how it ends up consuming users’ finances.