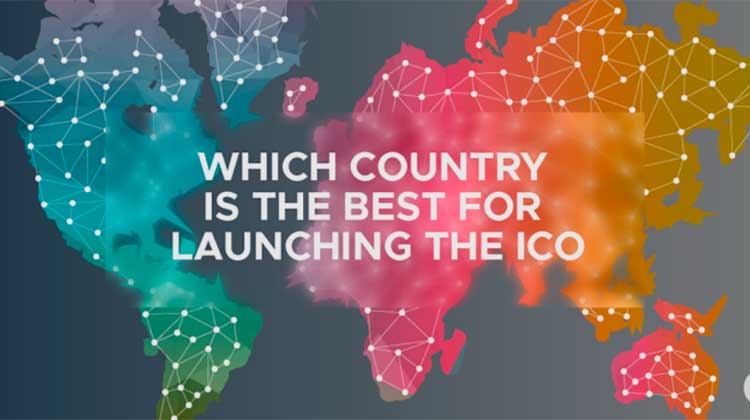 The companies behind the ICOs and the projects that support the token need a specific location to be able to base themselves and do all the work necessary to develop the project. With strong market regulations, developers must think carefully about which countries and jurisdictions will have the most guarantees and assurances regarding their project.

Some countries in the world have wanted to ride the wave of ICOs and have enacted legal bodies friendly to cryptocoins to attract entrepreneurs to take off their ICOs from their territories. Next we will detail which they are.

This small British Overseas Territory but located within the Iberian Peninsula of Spain has been one of the favourite places for businessmen and entrepreneurs in the crypto market. The Gibraltar Financial Services Commission, the body responsible for regulating all financial services in the territory, has promulgated very positive regulations for ICOS.

In the Commission’s view, the tokens offered at the ICOS cannot be considered securities but should be understood as the advance sale of products that will enable buyers to access online services and networks in the future. With this consideration tokens are sold as a commercial product and not as an investment value.

In Gibraltar we can find ICOS as SID, COTI and BUGLAB, demonstrating that different financial companies have already relied on Gibraltar’s legal regulation to deploy their projects and plans.

When Malta enacted the Malta Digital Innovation Authority Act, the Virtual Financial Assets Act and the Innovative Technology Agreements and Services Act, it became the first country in the world to provide legal guarantee to companies wishing to develop Blockchain technology in its territory.

The new laws establish the procedure by which developers can obtain an ICO certification that allows them to operate quietly in the country. In order to obtain this certificate, Maltese public officials audit the project’s Whitepaper, make a study of the company’s finances and even analyze the code of the Smart Contracts that support the project’s Escrow.

With this stable and secure legal framework, many entrepreneurs and investors are relying on Malta to start their ICOs. In addition, the island’s fiscal conditions are also favourable for business wealth generation.

This island, which like Gibraltar is another British Overseas Territory, has been famous for years for its tax benefits for great wealth. Thanks to these favourable conditions, thousands of millionaires have put their companies and businesses on this small island and in the case of the ICOs, there are also those who have targeted this part of the Caribbean.

The most recognized ICO in the Cayman Islands was EOS, which with its collection of over 4 billion dollars left many perplexed, but this is not the only one, there are also other ICO, such as PDATA, who have decided to settle in this corner of beach and lots of sun.

According to the experts, the Cayman Islands are a good option for the ICOS thanks to their definition of an investment value. In this part of the Caribbean the valuation of financial securities does not require a strict security test as is the case in other parts of the world, leaving more facilities for the issuer of the asset, in this case for the issuer of the token.

Located on the European continent, this country has been truly friendly with the whole digital world and has put technology at the service of its citizens. In Estonia there is so much connection with technology that a company or citizen can establish a residence in that country electronically. The ease of opening a company over the Internet has led many developers to create their businesses and projects in Estonia without having to be physically present, which is very advantageous for developers.

The ICO OSA, Etheal and PetChain are some of the projects that have recently been located in the territory of Estonia