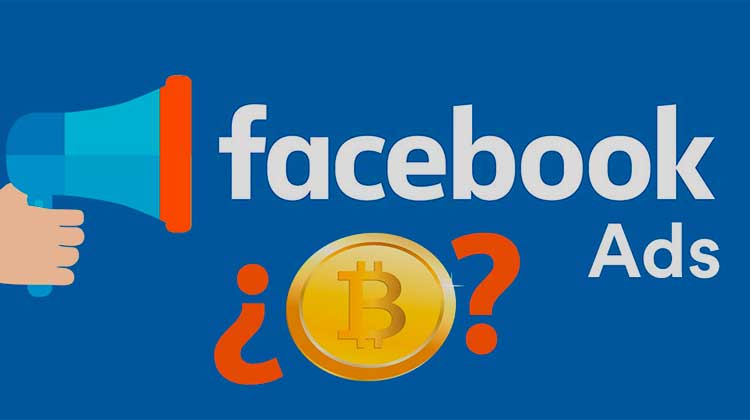 Amid the low prices of virtual currencies has appeared a positive news, Facebook has decided to lift the bans that maintained on all advertising of crypto coins since January 2018.

The news was announced by the Director of Product Management of Facebook, Rob Leathern, through a statement in which they announced that will allow the “ads that promote cryptomedas and related content of pre-approved advertisers. But we will continue to ban ads that promote binary options and initial coin offers”.

However, submitting an application is not synonymous with automatic approval since the Directors have made it very clear that they will evaluate each request in detail and reject those that do not, in their judgment, have sufficient basis.

Similarly, in the same statement, Facebook has reminded users who use the platform that they can help in controlling false publications through the complaints that users can make about advertising in the top right corner of the various ads.

It should be remembered that earlier this year Facebook announced in a press release that advertisements for crypto coins were banned as deceptive financial products and services. As Facebook concluded at the time, “This policy is part of an ongoing effort to improve the integrity and security of our ads and to make it harder for scammers to benefit from a Facebook presence.

However, Facebook officials also warned that the policy change was not final and that in the future it could review the ban and change the way they would enforce the ban.

This new Facebook attitude shows that there was a change in the way cryptocoins were evaluated and that the evaluation ended up being positive for the viability and use of virtual currencies within markets.

Unfortunately, the positive assessment that Facebook is beginning to have about cryptocoins does not extend to ICOs since, as we mentioned earlier, the Facebook statement very expressly states that they will continue to “ban ads that promote binary options and initial coin offers”.

Possible positive impact on the valuation of crypto coins

When Facebook announced the prohibition of advertising for crypto coins, a very negative impact on the price of crypto coins was generated due to the distrust that crypto coins generated in the business world before this decision.

Now, with a change in the valuation of Facebook against virtual currencies, we could expect an upturn in prices. It may not be a very high positive valuation but it could mean a halt to the continuous depreciation the market is currently suffering.