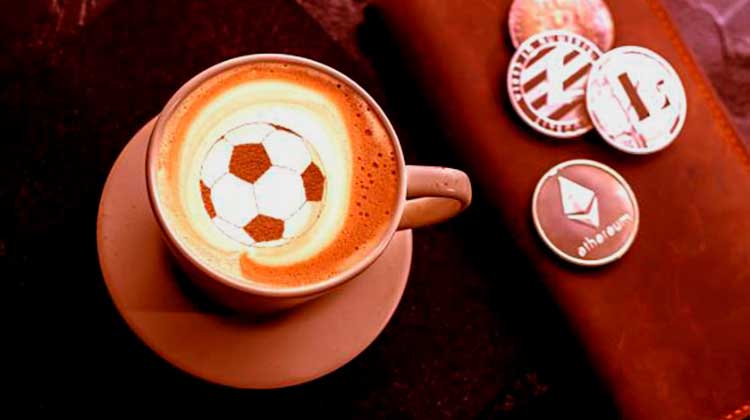 Gibraltar United Football Club of Gibraltar’s First Division will be the first football team in the professional world to pay part of its players’ salary with cryptocoins. This important step for the crypto coins came from its owner Pablo Dana, who is also a major investor in the cryptocoin QuantoCoin, a project that has been designed to use its coin in micro payments.

Dana, a businessman of Italian origin, assured for the English newspaper The Guardian that the payments in cryptocoins will begin to be made for the next season and will be done in a legal way since it will be reflected in the contracts of the players with the sports entity.

The justification for making these payments is that Dana believes that Blockchain technology can provide greater transparency to football, a necessary element in the midst of the corruption that has been seen in recent years in the beautiful game. Furthermore, according to Dana, crypto coins are a very useful solution for paying foreign players who come to play in Gibraltar and cannot quickly open a bank account in Gibraltar.

Gibraltar and Blockchain, a love affair in Europe

It is not surprising that the first professional football team to make this decision is a Gibraltar team if we consider all the advances that has taken this small territory in favor of the development of Blockchain technology. At the beginning of 2018 they became one of the first countries in Europe to introduce a set of rules and regulations to regulate companies using Blockchain and they have also announced that they are working on a legal framework to regulate ICOs.

Gibraltar United is not the only football entity that has shown a direct or indirect relationship with Blockchain technology.

London club Arsenal Football Club of the English Premier League has a sponsorship with the crypto currency CashBet. On the other hand, the London Footbal Exchange is also thinking about applying Blockchain technology to help football clubs have a better connection with their fans. For now the London Footbal Exchange is working with the Spanish club Alcobendas and the Italian club Bari to apply Blockchain technology to the purchase of tickets and club merchandise. They also want to work on the possibility of building a system in which they can buy shares of the clubs with crypto currencies.

In March of this year it became known that the then Chinese owner of the Italian football club Milan tried to pay in BTC part of the loan he requested to buy the club. It was not known in the end how many BTC put in the negotiation but the loan was for an amount close to 10 million euros.

Professional footballers get on the train of cryptocoins

In addition to clubs and sports entities, athletes in this sport are also achieving important links with Blockchain technology.

For example, Argentine soccer star Lionel Messi declared on his Instagram account a partnership with Israeli company Sirin Labs to be the image of Solaris, a phone that will be based on Blockchain technology.

The also player of F.C Barcelona, the forward charrúa Luis Suarez, announced on his account in Twitter that it would be image of Stox, an ICO that has just finished and is developing a project of predictions of results.

It is also important to highlight the news in which Ronaldinho, referent of soccer in Brazil and the whole world, has launched a new ICO called Ronaldinho Soccer Coin. The project will be supported by NEO’s Blockchain network and will start its pre-sale on August 16, 2018.