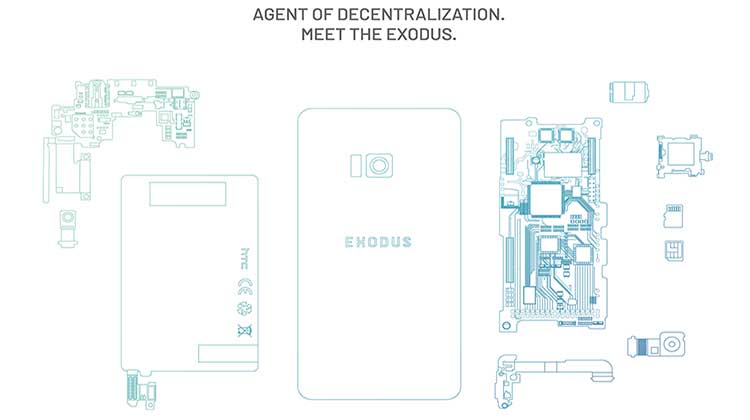 After many bumps and spending some years in the shadows in the mobile telephony business, HTC dropped before the public the last project in which they are working, the HTC Exodus, a mobile that will have Blockchain technology incorporated to its internal operation, which would be available for the third quarter of this year.

The announcement came out in Medium, in the profile of Phil Chen, director of the telephone brand and director of the Crypto Sector.  In this pronouncement it was mentioned that HTC Exodus would be the first Blockchain phone and that it would support decentralized applications. Also, it was announced that it would have a unique security hardware that would help to generate a protocol that each mobile is a node of the network, thus achieving that the mobile has a total link with Blockchain technology.

Blockchain technology at your fingertips

Apparently, this phone will be able to support different elements of Blockchain technology such as Ethereum’s Intelligent Contracts, the standard ERC-20 network, Bitcoin’s Lighting Networks, Dfinity and many others.

Also, in the statement, Phil Chen explained that he wants to build a world in which mobile phone owners can also be owners of their data, whether their text messages, their emails or their browsing history without having to depend on a company or a central authority. Chen’s goal is to build a truly decentralized world in which user independence is real.

This leads us to think that the HTC Exodus will not handle the Android system and much less Apple’s iOS, being necessary to develop another operating system. It is likely that we will even see the option of several operating systems created by the users themselves within the decentralized community.

We must also be attentive to the announcements of the next few days since in the same communiqué, Chen established that in the next few months interesting alliances would be revealed that are related to the production of this phone.

The HTC team has also already shown progress in the project and in fact, the phone already has an official website where we can see some technical details of the phone as well as we can visualize the team that is working on its development.

It should be noted that many of the HTC developers who have worked for years on major mobile projects are also part of the Nexus project, which augurs well that this project will have highly trained and outstanding personnel in the mobile sector.

The most interesting thing is that from this page we can book our Exodus to be the first to test this revolution of Blockchain technology.