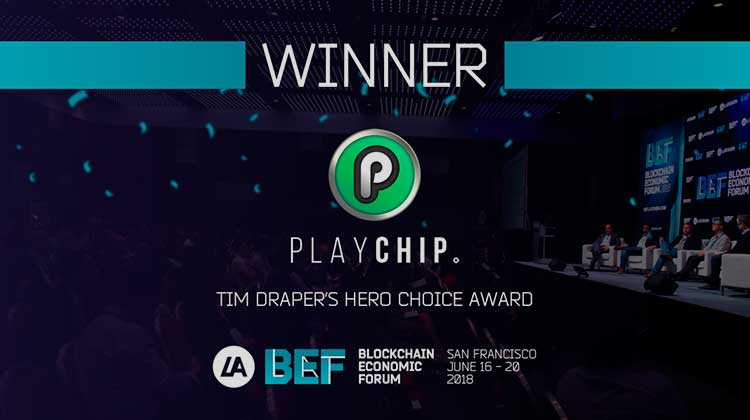 This week San Francisco witnessed the Economic Forum “The Blockchain”, a forum that brought together large investors, developers, politicians and those interested in cryptomoney technologies to evaluate projects, projections and many interesting elements of blockchain technology where ICO PlayChip was the star of the event.

Among the speakers at the event were personalities such as Joe Oliver, former Canadian Minister who served in the portfolios of the Ministry of Finance and the Ministry of Natural Resources of his country from 2013 to 2015, also introduced the Polish Mateusz Szczurek, former Finance Minister of his country and current Chief Regional Economist for Central Europe. The event also featured personalities from the world of crypto currencies such as the vice president of the Bitcoin Bobby Lee Foundation, high-risk investor Tim Draper, among others.

The organizers of the forum “The Blockchain” organized a competition to measure different ICOs and projects according to certain standards and measures, finally awarding the “Daper Hero’s Choice” prize to the ICO best qualified according to the evaluations made by a panel of experts.

In this opportunity, the winner was the ICO PlayChip, a project that plans to become a universal token for all video games in the world. Among his ambitious plans is to create the world’s largest community of virtual video players using Blockchain technology.

PlayUp, the developer of PlayChip

The developers of PlayChip are PlayUp, a company already established within the world of virtual games that has more than 500,000 users among its 6 sports betting platforms. The company ensures that its platforms are ready to integrate the PlayChip token into their operation, thus demonstrating that the currency will have a use in a very short period of time.

Another important factor is that PlayUp is a well-established company that generated more than $430 million in the fiscal year, making PlayChip an ICO with backing and consolidation. All this makes PlayChip one of the few ICOs that are open for US residents to invest.

All these positive elements together with the prize “Draper Hero’s Choice” have provoked an impressive boom in this ICO, positioning itself as one of the great investments of the moment within the cryptomarket.

PlayChip elements to consider for the future

PlayChip’s future looks very promising, but it must be kept under observation. Among the elements that should be studied is the degree of acceptance that has the token within the use of PlayChip platforms as well as it will be necessary to evaluate how the rest of the community of video players begins to use this token within their games and virtual activities.

If there is a good reception by the community, this token could be one of the most profitable by 2018, making this ICO an objective that we must have very well marked and studied within our investment portfolio.