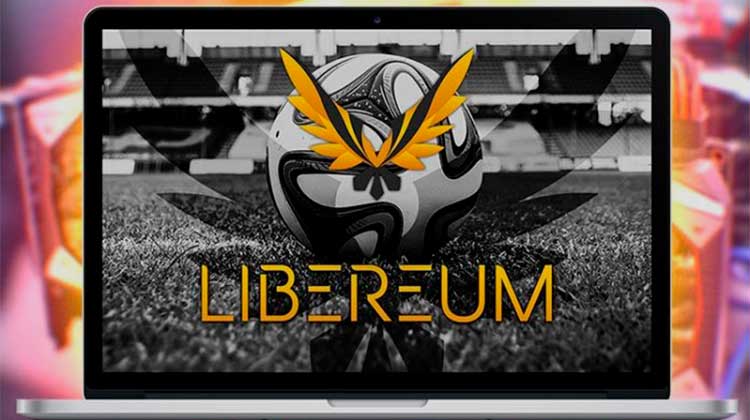 Libereum, an ICO in its pre-sale stage, is proposing the acquisition of football teams so that their token can be used to buy tickets, bonuses and all the sports merchandise for their teams.

With their motto of “fortes fortuna juvat”, which translated from Latin is “favours, fortune and courage”, the developers of Libereum are carrying out an ambitious plan to achieve a combination between their crypto currency and sport, thus making Blockchain technology something known to everyone.

Is it time to invest?

The Libereum team ensures that its currency will be in the top-10 of the market within 12 months of the purchase of the first professional football team. In order to get the coin to have a high level of circulation they explain that they will make Liber, the project coin, the only payment option to buy anything from the club they own, causing thousands of fans to have to buy it.

Likewise, they point out that the project will have an international impact since they plan to buy soccer teams from all over the world, which would spread the use of virtual currency in different countries.

According to the Libereum Roadmap, for the month of August 2018 the project would announce the acquisition of the first football club and from what we have been able to see in the social networks of the ICO, the agreements to achieve this are about to be closed.

Cem Kumlar, the CEO of Libereum, announced that the clubs with which they have been negotiating are the Elche Club de Fútbol of the second Spanish professional division and the Roda JC Kerkrade of the Third Division of Holland. Likewise, on the official website of the ICO they state that they are guided by the business management they have done from Red Bull with the different teams they own (Red Bull New York, Red Bull Leipzig and Red Bull Salzburg).

Rob Ploum, the other creator of this project, has announced that they are also in discussion with teams from Romania and South Korea. These contacts have been achieved thanks to the alliances that have been provided by the initial investors of this project.

Finances of this ICO

In the WhitePaper on their official website they have stated that a total of 50 million tokens will be issued and that they will be sold in different stages and at different prices.

In the pre-sale, 10 million Liber are expected to be sold at 90 cents each. The minimum investment that can be made is 5000 tokens and the maximum is 1,000,000. Then, in the ICO itself there will be 5 rounds of 8 million tokens each. The price of the first round will be 90 cents for each token and as the stages pass, the price will increase, ending in 3 dollars / 1 Liber.