Home » ICO news » Mastercard and Visa against the icos 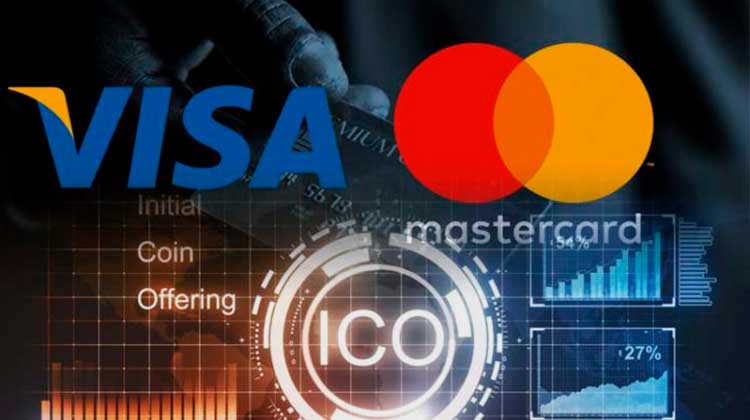 For some time there has been speculation that card payments were becoming more complicated within the ICO market and this was leading both investors and project developers to look for alternative mechanisms to be able to make the payments required for the acquisition of tokens. Later it was learned that, indeed, the large credit and debit card processors, both Mastercard and Visa, are acting to limit their participation in this market and also in Forex and binary operations.

Since April Mastercard had announced that the industry and the ICO market was high risk, which determined that chargebacks could be made up to 540 days after the date of the transaction. Visa followed the same path as Mastercard and made a very similar assessment, with the only difference that it will start assessing transactions at ICO as high risk from December onwards.

This situation was predicted by some developers while for others it was a sudden issue that has forced them to make hasty decisions about how they will handle investor payments. What has already been taken is the decision not to accept any more credit card payments from these operators.

Response to the lack of jurisdiction and diffuse legislation

Legislation with few foundations or with many ambiguities regarding the regulation of cryptomoney has been in many opportunities the favorites by ICO developers to present their projects, the problem arises when the projects do not respond to investors and they do not know which legal entity to turn to to receive answers for their money invested.

Faced with this situation, payment processors have decided to classify these payments as high-risk operations, allowing people who make payments in this way to request a refund up to 540 days after making the payment.

This measure can effectively limit developers who are carrying out fake Blockchain projects, but it can also affect honest developers as this would mean an unexpected monetary loss for the project and could unbalance the funds.