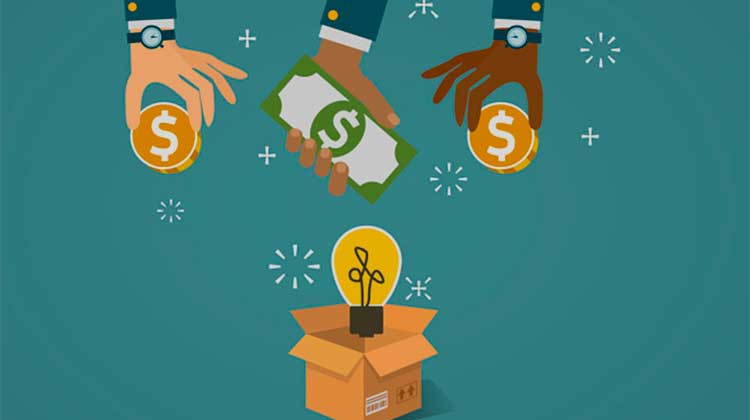 For the invention of new technologies to exist, something very important is needed, money, especially the most complex projects, which require a greater amount. And to achieve this, there are certain collection tools.

If money flows, there will be more researchers, engineers and enthusiasts creating hundreds of projects that will lead to innovative breakthroughs.

In recent years we have seen how the monetary impulse has taken the development of technology to points that 40 years ago seemed totally unthinkable. And the best thing is that it is a dynamic that does not stop, projects and proposals are still being born, and the number of investors willing to finance and support this development continues to grow.

Currently, various methods are being used to collect funds, which have given very good results, but what are they?

Crowdfunding is an ecosystem in which a person can present an idea to the community for funding. This financing can come in many ways, it can come in the form of a capital investment, as a reward, a loan or an advance purchase of the product that is being devised.

This simple system has grown over time and by 2017 had collected 34 billion dollars in the United States alone. Through Kickstarter it was possible to obtain 3.7 billion dollars. The projections for the modality are also highly positive since it is estimated that they will reach 300 billion dollars by 2025.

The crowdfunding system shows that democracy in access to capital is possible and that it is not unreasonable to think of financing good ideas from ordinary people who are not directly linked to the business world.

This modality is quite traditional and has been operating for many years within the world economy. The process in question is about people or companies that collect money from individuals, companies or institutions and then invest that money in companies that have a very high growth.

The amount of money invested under this modality varies according to the size of the company as we can see investments from $200,000 dollars for small companies in growth to hundreds of millions for companies that are already consolidated and seek to develop new stages.

The companies that are investing the most are those that are dedicated to artificial intelligence and the promotion of biotechnology. Thus demonstrating that technology is what is attracting investment funds.

Initial Coin Offerings have taken advantage of the growth and worldwide adoption of crypto coins to raise significant amounts of money. The fact of embodying the word “Blockchain” in the project generates a great attraction on the part of investors.

The ICO system works similar to Crowdfunding since any person with availability of capital can act as an investor. Investors receive tokens from the company that can later be used for different functions within the project being financed.

These tokens can be utilitarian or of value, depending on the function that is given in the project that is being carried out. In addition, if the project is solid and shows future growth, it will ensure that the token increases in value and therefore generates profits for all those who have invested.

The tokens do not grant any rights to investors, so it has a considerable advantage for the development of the project. Even if the token significantly increases in value, investors will have no say in the company’s decisions.

Despite a lack of clear legal regulation and negative comments from many financial authorities, ICOs have raised a significant amount of money. In the first 5 months of 2018, the ICO managed to obtain almost 14 billion dollars and so quickly that it has surprised locals and strangers.

The sovereign wealth funds of different nations have also begun to enter the world of technological investments. The need for more optimal returns and greater capacity for return is causing the search for investment in new technologies to grow.

One of the most important Sovereign Wealth Funds in the market is Vision Fund, managed by Japan’s Masayoshi Son and which has approximately $100 billion from the Saudi royal family and other sovereign funds. But that amount is not the ceiling, within the planning they carry is expected to raise more capital to achieve better investments.

Specifically in the area of technology they have a plan for the next 10 years in which they expect to invest in more than 1000 projects and companies that are related to artificial intelligence and robotics.