Usted está aquí: Inicio / ICO news / Some inverters predict that the price of bitcoin could reach 250,000 USD by 2022 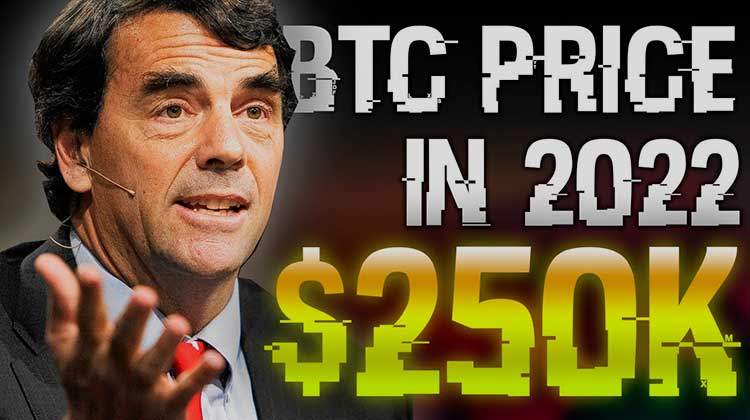 In spite of the low prices that Bitcoin and the rest of the virtual currencies are going through, there are those who venture in the prediction of bitcoin, and that is that investors continue to predict a rising future in market prices. Tim Draper is precisely one of the investment advisors who envisions these numbers for the most capitalized crypto currency in the market.

Tim Draper is recognized within the crypto world thanks to the purchase he made in an auction of 30 thousand BTC seized by the U.S. government in 2014. At the time of the acquisition it is estimated that he paid about $650 per unit, proving that it was a very profitable purchase for him.

Draper announced that he sees the price of Bitcoin at $250,000 for the year 2022 during an interview with TheStreet’s financial experts in which he stated that the market’s decline has him unconcerned and that he is still sticking to his future price estimates.

The daily utility of crypto currencies, a strong point for the rise in prices

Draper also assures that crypto coins will be introduced into public life so that all people can use them as payment methods in their daily lives, being this one of the main attractions you can see in the virtual currency market.

Paying for coffee, buying music online or sending money to a friend will be operations that can be carried out easily with crypto coins. Although many of these things are already being done with crypto coins, Draper says they will be done more often in the future because technology will facilitate these processes.

With this technological development, the investment advisor ensures that the crypto currencies will go from being just a reserve of value to becoming payment currencies that could be used by anyone, thus having the expected growth.

We must remember that this statement is logical according to the principles of the economy, since there is a greater demand for crypto currencies together with a limited supply of them, we will have as a result a rise in their prices.

Despite Tim Draper’s assertion, we have to take into account other important elements to ensure that by 2022 Bitcoin will have a price of $250,000.

First of all, it is important to be aware of the actions taken by the national governments of each country with regard to crypto currencies and blockchain. For now, the legal regulations for this market have been very timid, generating some legal insecurity for large investors. Depending on the legal bodies that are regulated, prices could go up or down.

It is also important to keep track of the technological developments that are deployed within the crypto-world. Tim Draper already takes it for granted that technological advances will come but they are not made by themselves, resources, studies and trained teams are needed to carry them out.