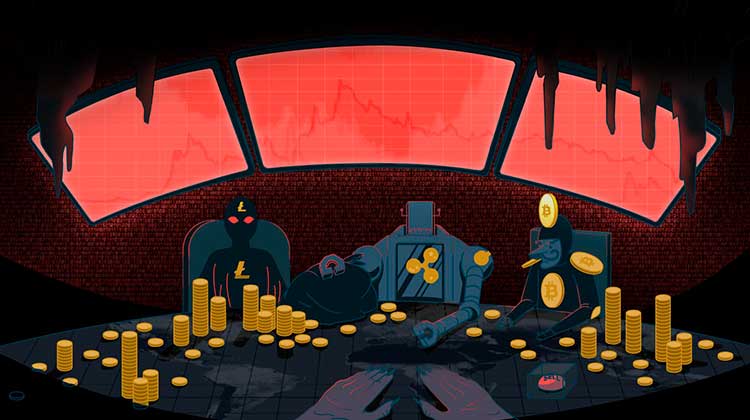 Trade as we know it traditionally has been changing drastically as the market adapts to Blockchain technology. This technology has made online transactions of any digital asset a reality, all through a decentralized but highly stable and reliable system.

With the possibility of having a copy of the transaction book we can understand that we would have a system that will eliminate any type of fraud for users and generate more confidence in the market. In addition, the Blockchain also allows free access for third world countries, thus achieving an important work to reduce the existing gap in the world.

However, instead of working to improve this very positive technology, the vast majority of experts have focused on making money through the use of the buzzword, the “Blockchain”. The market is so mismatched that there are ICO´s that have managed to raise significant funds from investors but if they were in the presence of large institutional investors, they would not raise a thousand dollars.

The weight of the ICOs

In the traditional market, in order to obtain money from investors, it is necessary to follow a number of instructions that in many opportunities become obstacles for unpromising projects. With the boom of the ICO the system of investment change, it is no longer only the big investors who can contribute funds but any individual can participate and invest in these projects.

In theory this sounds very good but unfortunately the market has not reacted in a sane way. Due to the existence of project developers who only seek to enrich themselves quickly through a bad idea, the trust and reputation of the market are being undermined.

Evaluate for example the UET token, a currency that in your ICO described the project as useless when you mentioned that “the value of UET will not reduce its price (in fact, you cannot know it) during or after the ICO. As these tokens are not worth it. Anything to start with will be welcome, there’s nowhere to go but up! “. Although we can obviously see that the project developer says that the token itself is worthless, it managed to raise 127 thousand dollars from more than 310 thousand investors. From this example we can see that the ICO market needs an approach to reality and the earlier the better.

ICOs and their effect on the market

ICOs have also had an impact on the market if we look at how tokens have behaved in terms of supply and demand. The vast majority of the tokens offered by ICO have been the object of mere speculation and have been used for a hard “pump and dump”. In addition, this large number of tokens have also created an excessive supply of currencies within the market, being in many opportunities higher than the demand that exists in today’s market.

Ethereum, which has been the Blockchain platform from which most ICO have come out, has seen how its native currency, Ether, has been greatly affected by the constant movement of tokens between investors, promoters and developers of ICO projects.

Recommendations for the use of Blockchain in ICOs

This does not mean that all the ICOs that are coming out are a waste, the reality is that there are very good ICO projects that show great Blockchain potential. If investors really want to be part of revolutionary projects it is necessary that they investigate and analyze well before making each investment. The big ICOs are those that can break the market and change the way things are done in today’s world