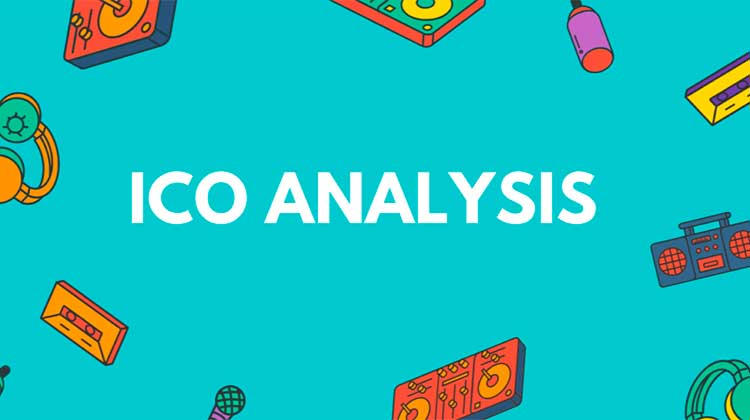 From last September the advertising portal ICO Bench presents a monthly report on the ICO market and from Todoicos we have decided to present it with certain comments and evaluations since they are relevant data to intuit how the ICO market is moving at this time.

In this analysis we are going to evaluate the data that were presented in two reports, the September report and the report of the first 15 days of October. We are going to focus mainly on the data that we believe affects the market and try to give a diagnosis of where the main investments are going.

ICO´s presented in the month of September

According to the information gathered, in the month of September a total of 155 ICO´s were presented on its platform, of which 65 received funds and 92 did not collect any economic resources.

However, where an improvement could be seen in the comparison between September and August was in the amount of ICO´s that received funds. As we mentioned before, in September we saw a total of 65 ICO´s receive funds while in August there were only 53.

The Cubomania, Pool of Stake, CoinSeason and Enlte ICOs, all scoring 4.5, are also among the top 5 ICOs rated in September. However, despite the good score, they are not among the ICOs with the best collection in the month. For the analysis we can see that CoinSeason just surpassed its SC established at 2 million dollars, collecting 2 320 000$ while Cubomania did not reach 800 thousand dollars.

Another point that calls the attention of these points is that the ICO Alchemy, the one that raised the most money in the month, is not among the best rated ICOs and is not among the ICOs with the most evaluations. In fact, the profile of the ICO in ICO Bench obtained a rating of 3.6 and only had the participation of 7 experts.

It also calls the attention of DatEat, an ICO that in its profile of ICO had very bad reviews, getting to have a valuation of 1.9, of the lowest of the month and nevertheless managed to collect 18 million dollars and was established as the third ICO with the highest collection of the month.

These data generate some uncertainty because it has been understood that the positive assessment of experts attracts investors and helps projects to raise funds. Alchemy’s and DatEat’s experience are surprising aspects that keep experts puzzled.

However, from Todoicos we believe that these data can be understood given the tendency of projects to resort more to private investment funds than to serve retail investors, which is generating less attention to the general public.

Which sectors were most successful in the ICO market?

They also gathered information on which sectors raised the most money in September. According to the data, in the month of September the Platform sector raised a total of 204 400 000 dollars, being the sector that raised more money. The second sector in the ranking is the Big Data area with a total of 142,500,000 dollars while the third best positioned sector is Business Services with a total of 131,100,000 dollars.

These data do not contrast with the data carried on average with all ICOs since, the Platform sector is positioned in second place with 10.49 billion dollars and the Business services sector with a total of 3.17 billion dollars. The area that entered the market in a “surprising” way is Big Data, ranked at position 13 and collecting 890 million dollars, a not inconsiderable figure but very small compared to the first positions.

Where do the ICOs with the highest revenues come from?

Of the 155 ICO´s registered in September, the United States was the country with the highest number of ICO´s, reaching up to 21 ICO´s, 14% of the total. In second place is for Singapore with 14 ICO´s, 9% and in third is United Kingdom with 13, 8%.

However, having a large amount of ICO´s is no guarantee of collection and to show that you can see that the country with the most funds collected was Singapore with $82,756,300, 22% of the total. The second country on the list is Hong Kong with $48,985,000, 13% of the total and that was collected with only 7 ICO´s.

As a highlight, September 2018 was an atypical month for ICOs in the United States since, for the first time in many months, in September the American jurisdiction lost the first place in the list of countries that raised the most money and ranked No. 8. It is also strange what happened in the United Kingdom, country that every month occupied the first positions of the ranking, the month of September was left out of the top-10.

As mentioned above, we also decided to analyze the second analysis submitted for the first half of October. As an element to bear in mind we must mention that in the first 17 days of October had already registered 244 ICO´s, a number much higher than the 155 that were launched throughout the month of September.

The amount of money that has been reached is also a positive aspect since in 17 days the ICO´s have already reached the figure of 292 million dollars. However, it must be clarified that a large part of that money was collected only by ICO Neluns, which pocketed the incredible figure of 136,000,000 dollars.

These economic results for the month of October are much more positive than those observed in the month of September and thus help to silence the alarms that had ignited within the ICO market due to the low participation that the projects saw during the last month. From TodoIcos we will be watching the evolution to see how the month of October ends and how this will affect the movements that occur in the market.