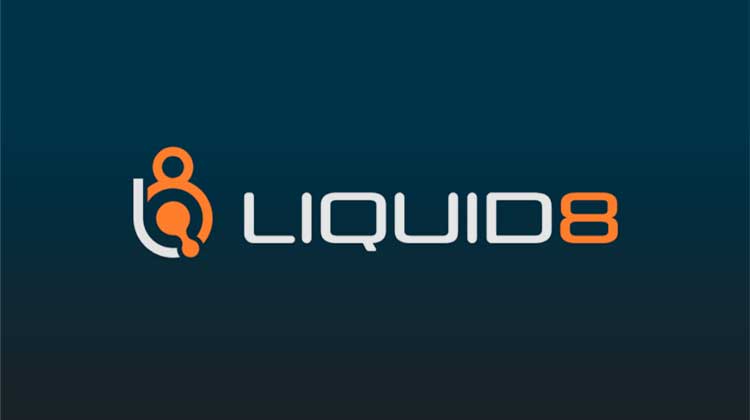 Liquid8 is proposing the so-called “tokenization” of real assets within the Blockchain in order to achieve operations in a totally decentralized manner and without the need to resort to intermediaries to guarantee the operation.

The connection between the Blockchain’s digital economy and assets such as real estate, vehicles or anything else that is already marketed in the real world is an interesting element that would help people to have a simpler selling or marketing process than is traditionally applied.

The developers of Liquid8 also announce that with their platform they will be able to make all these operations in a totally safe way since the security of Blockchain, its level of encryption and the Smart contracts allow that only the operations that are properly authorized are carried out.

Other important aspects of Liquid8

Another important advantage that is highlighted is that tokenization will bring greater transparency to the business world. There would be no doubt as to who is the owner of a particular asset or whether its origin has any illegality that may disturb future possession. The Blockchain network and its transparency would allow all the data of the parties and assets involved to be evaluated, thus achieving greater security.

In addition to offering the tokenization of real assets, Liquid8 also offers the possibility of safeguarding them in a virtual Wallet of assets of its own. This purse, as expressed in the White Paper, will have the highest levels of security that exist in the market.

Continuing with the subject of the virtual wallet, the developers have said that in the future they plan to launch a debit card that will be recharged with the funds in crypto currencies that are held in the virtual wallet of assets. With this card you can pay in shops and withdraw money from ATMs anywhere in the world.

Use of Blockchain in Liquid8

As we mentioned before, in the platform will be made the tokenization processes of the assets that exist in real life. The token generated is referred to as a SAT token, or Smart Asset Token.

According to the terms of use of the SAT tokens specified in the project’s White Paper, these tokens cannot be changed into conventional virtual Exchanges and will have the purpose of representing the existence, property and value of the real tokenized good. Also, depending on the agreed conditions, it will be possible to visualize the history, potential gain and other specifications of the good.

All this token information will be stored in the Blockchain network in order to promote transparency and security that the data once stored on the platform are incorruptible.

In the event that there is any type of dispute or controversy in the transaction, Liquid8 will function as an arbitrator to determine which party is right. In the middle of this process, the assets are blocked from being released only when Liquid8 has a verdict.

Using the Liquid8 token within the process

Liquid8 (LQ8) is a utilitarian token that is established in Ethereum’s Blockchain chain, specifically in the ERC-20 standard. This token will serve 3 specific functions:

Liquid8 has decided to settle in Singapore with a team of 13 people. Its CEO is May Sukumpeeranont, an engineer with a master’s degree in business with more than 10 years of experience in the development of projects related to Fintech. She has been immersed in the world of Blockchain since 2017 and co-founded Liquid8 since the same year.

Another member we must highlight is Stanislav Sahniuk, the person in charge of Blockchain technology development in this project and who has high level studies in computing and robotics. He specializes in the creation of DApp in Blockchain technology, something remarkable that can be very positive for the project.

Finally we must also mention Anthony Georgiades, another expert in computing and robotics but with experience in the world of technology related investments in StarUps. He specializes in issues of cybersecurity, application of Blockchain technology and Big Data management.

Among the advisors we must mention Andrey Korotkov, the advisor of this project in everything related to the sale of ICO. This marketing expert has already worked with 7 other ICOs and in every opportunity has managed to take them to the maximum point they expected to collect, a highly valuable background.

Do they own a Minimally Viable Product (MVP)?  No, the developers haven’t shown the public anything about the progress of the project.

Regarding its Roadmap we can see that it is planned that for the 4th quarter of 2018 it will have the Wallet that will support tokenized assets while the 1.0 version of the social Exchange will be launched for the first quarter of 2019.

The project expects to have its complete Roadmap by the 3rd quarter of 2021, expecting to have by then the complete platform and debit card already working with the project’s virtual wallet.

They’re planning to enter a market that moves a lot of money.

P2P operations, i.e., person-to-person operations, are moving more and more money in the market. According to the studies specified in the Whitepaper itself, it is expected that by the year 2024 in the United States will move 897 billion dollars in this market alone, a truly amazing amount.

If we consider that this platform does not close to a specific asset but allows any type of asset to be present in real life, the possibilities of use are considerably expanded.

Although it is a really young team, they all have a high level university education with studies linked to technology development.  In addition, almost all have already worked in companies related to FinTech, Blockchain and risk investment groups. With this knowledge they can contribute a lot to the development and production of this project.

Contras of the ICO Liquid8

They have established competence

In spite of the fact that they are presenting an innovative technological development, there are already consolidated companies in the sector that are offering the same. In their own Whitepaper they recognize that companies such as tokenestate.io, linked to the sale of real estate and latoken.com, related to the financial industry of tokenized assets, are companies that are already operating in the market.

The problem is that the developers do not show a plan to overcome these companies nor to take part of their market but they think that it will be possible to create “alliances” and joint works, a rather improbable question if you consider that these companies are already very well developed and may not need anything from Liquid8.

They have nothing to show

Liquid8 shows absolutely nothing for the investor to measure their work or know the capacity of their technology developers, which can cause some distrust in a market in which there are more and more failed ICO projects.

In addition, combining this disadvantage with the one mentioned above, the competition is too voracious to show itself only with ideas and expectations. The investor wants to know what has better Liquid8 than the existing options in the market and if they do not have an MVP or something similar, it will be impossible to determine it.