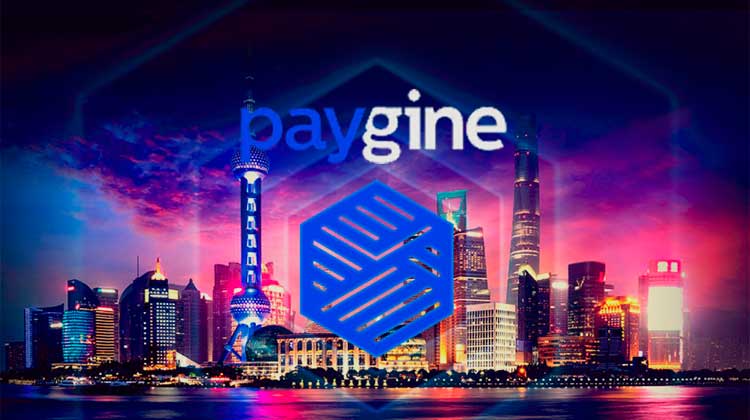 Paygine’s ICO is proposing the creation of a financial platform designed to meet the needs of companies dedicated to the FinTech sector and that have a relationship with Criptomedas, as well as ordinary people who want to make transactions over the Internet. The platform wants to perform functions such as: sending money, exchanging virtual currencies and making payments in crypto currencies for goods and services.

To offer these services, Paygine proposes the use of the Best2Pay platform which was created in 2014 by the same developers. With the integration of this platform they want to offer the option that people can pay in any store, physical or virtual, using a bank card reloaded with Criptomonedas will also allow people to send international transfers in fiat currencies through the use of cryptomedas.

In short, Paygine helps consumers and businesses to use crypto coins as simply and conveniently as when using fiat money on a daily basis. Being this a project thought for those people who have very little or no relation with the world of Blockchain.

On this point the developers have not given many specific clues, in fact, their own white paper is very basic on this, which shows that they are effectively focusing on an audience that does not know the application of Blockchain technology.

In the Whitepaper they have determined that Blockchain technology will allow operations to remain unchanged as well as totally safe thanks to the nodes that operate with equipment scattered all over the world. In theory they are providing a system similar to that of other forms of payment that use Criptomonedas in their payment formats.

Likewise, each user within Paygine will have a virtual wallet that will serve to receive and send crypto coins according to each operation they perform. The advantage and differentiator of this element with respect to the rest is that here the wallet can be used to recharge credit cards that provides the same platform Paygine. With this tool it is looked for that it is possible to pay several services using in an indirect way cryptomedas.

The developers have established that they can have a solid system that allows to sustain a great amount of exchanges between cryptomedas and fiat currency in real time and also with the appropriate rates so that the operation can be carried out. This element is one of the most complicated that, as the ICO White Paper also warns, has not yet been applied by any platform on a large scale.

In the same way, Paygien will allow the exchange of some cryptomedas for others, working as something similar to an exchange, however, neither in his Whitepaper nor in his publications have announced that Cryptomedas will be able to do these operations.

Using the Paygine token within the process

The Paygine team has established that the use is “key” to the use of the platform and they add that they will have various functions and applications within it. However, they have only announced that it can be used to pay for the platform’s own services as well as for goods and services offered by companies affiliated to the platform with a discount of between 10-30%.

According to the developers, the acquisition of the token will be beneficial since people will be able to obtain the products with a considerable discount when making their payments with the virtual currency of the project.

The amount of each token (PGC) in the future will be equivalent to the dollar, i.e. 1 PGC = 1 dollar. However, in the ICO the promotional price is 1.30 PGC = 1 dollar, which implies a 30% bonus on the final price.

In total they expect to have 151,750,000 tokens in circulation, leaving for the sale of the ICO 41,508,000. The maximum estimate to collect is 30 million dollars while the minimum is 3 million dollars. ETH, BTC and dollars can be used for purchase.

The company developing this project is called Paygine LLC, an American company allied with Pay Engine Limited, an English company that owns Best2Pay. The total team of this project is made up of 19 people, an appropriate number for the nature of the project.

To emphasize among its members we have Kirill Radchenko, is the CEO of the project and has experience in virtual commerce thanks to his work as a founder in Best2Pay. He has more than 13 years working in the industry and its relationship with technology.

We can also see Alexander Petrov, the only member of the team who has experience in the ICO world who already participated in a very small one at the end of 2017. He has experience in credit card development and has worked with several Russian banks for over 10 years.

Among the team of consultants for this project we can highlight Gary Ross, another with experience in the world of the ICO to have already advised another project in the past. He has a consulting firm that is responsible for guiding StartUps and projects related to FinTech and Criptomonedas.

Do they have a Minimum Viable Product (MVP)?  They don’t have an MVP of the product however, the developers have warned that they already have a working product that is the Best2Pay page.

The Roadmap data are very well projected and is even one of the longest that exist in the ICO of today as they give a projection of 8 years and a half. Having such a long projection, there is very little specification on the dates in which the works will be carried out since they separate everything in only 3 sectors, being two of them of a duration of 3 years and a last one with a duration of 2 years and 6 months.

The experience that the developers have in Best2Pay can be very useful for this project and more when they are directly involved with the same commercial object. In addition, the experience they possess is quite useful as they have worked hand in hand with companies such as Visa and MasterCard, the world leaders in the credit card market.

Reading the project and its background you can see that it has very little connection with the application of Blockchain technology, in fact, it seems that they only use the term to attract investors due to the boom in crypto currencies. The only thing they offer is to add the use of Cryptomedas in the system they already have.

In addition, reading the project plans and understanding the business background of the developers, it all seems that the project is more of an extension of Best2Pay to other markets through a simpler collection system such as the ICO.

In the distribution of the tokens it can be seen that the team intends to keep the sum of 20 and a half million dollars, which is an excessively high amount compared to other ICO projects. The work to be done does not justify this payment if we take into account that the Best2Pay platform already exists and is in operation.

The project is planning for 8 and a half years, which means that the valuation of the asset will be done within a really distant time frame. In addition, in the Frequently Asked Questions of the project website it can be seen that buyers will not be able to use the Paygine tokens on the platform until it is complete and unfortunately, following its Roadmap, we do not know at what point this will be.

If the token has no clear usefulness and the project behind it takes so long to complete, the asset can hardly be valued beyond pure financial speculation.