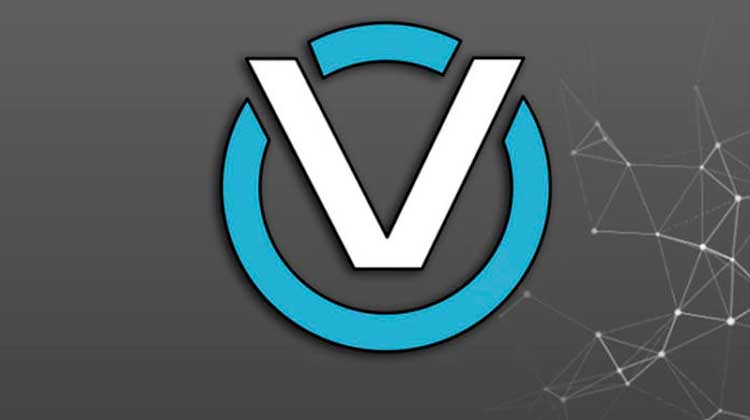 With the intention of using Renewable Energies to support the mining of cryptomonedas, was born the ICO VenusEnergy, a project that wants mining to become something sustainable for the economy and the environment.

What is Venus Energy ICO?

Bitcoin mining has gone from simplicity with CPU and GPU to application with ASICs (Application Specific Integrated Chips), which means an increase in costs as the latter are more complex than the former. In addition to this, the use of ASICs machines implies a higher energy consumption, which has called into question the ecological viability of the mining of Bitcoin and the rest of the crypto currencies within society.

This concern grows when one considers that the main mining farms are located in countries with a highly polluting energy production such as thermal energy resulting from the burning of fuel and other fossil derivatives. Another important aspect to consider is that in addition to the pollution generated, these energy sources are not renewable so that one day they will cease to exist.

Having this information clear, the developers of VenusEnergy remember that the production value of energy is an elemental data to consider the gain that can be obtained in the mining process and due to the complexity that are acquiring the mathematical processes of mining and the constant energy consumption to maintain the machines that make these calculations, the remuneration of the miners is not being sufficiently attractive to cover the energy cost involved in sustaining the Blockchain network.

With this reality, the VenusEnergy team wants to implement the use of renewable energies for the production of electrical energy that will be made available to carry out the mining process, thus helping to reduce the environmental effects and costs associated with producing energy by conventional means. This would have a direct impact on the price of mining, since the costs of electricity production would be significantly reduced by taking as a reference only the costs of the necessary computer equipment.

In addition, if the production of electricity does not so drastically affect the mining of crypto coins, the opportunity would be given for more people to participate in this process and this would imply an improvement and expansion in the Blockchain network that would even lead it to compete directly with the main technologies that are applied today.

The renewable energies that VenusEnergy has focused on are solar energy and wind energy, two renewable energy sources that, according to the developers, are evolving favorably and have the potential to produce the energy needed to maintain the mining system of the Blockchain network.

Uso of the VENUS token within the process

For the financing of their project, the developers have decided to launch an ICO, the developers say that in this way they will bring together the community of users of cryptomedas to provide a solution that will benefit everyone equally.

According to what the developers have been able to explain, the money raised in the ICO will be used primarily for research to help increase the efficiency of renewable energy in electricity generation and how this can be applied in crypto-mining. Secondly, the aim is to invest money in using these renewable sources to generate energy.

The token that is being offered in this ICO is called VENUS, is a token created with the standard ERC-20 of the Ethereum network and will allow its holders to acquire the energy that is produced through renewable energy sources. Likewise, with the token, mining capacity can be acquired within the VenusEnergy platform and, according to what developers explain, when paying with the token for this mining capacity, important discounts will be obtained that will be between 20% and 30%.

The VenusEnergy ICO is being developed in Lithuania and is composed of 7 developers and 3 consultants. 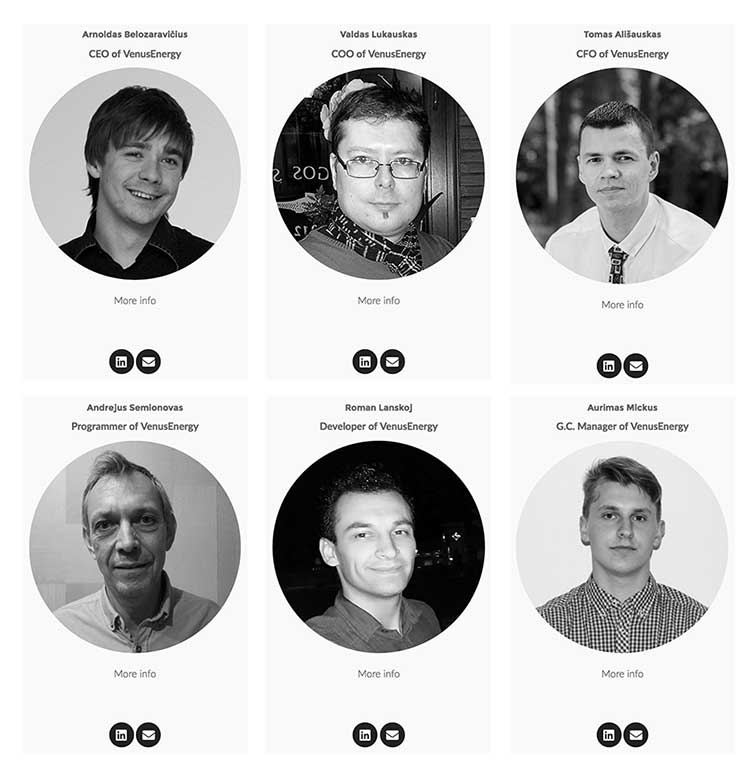 Among the most outstanding members we find Arnoldas Belozaravičius, the CEO of this Project. An entrepreneur who has taken great care to determine the scope of renewable energy.

Valdas Lukauskas will be the COO and the computer developer of the Project will be Roman Lanskoj. The CFO of the project will be Tomas Ališauskas.

Among the advisors we will see Indrė Lukošiūtė, an expert in economics who will help with the financial aspect of this project.

Do they own a Minimally Viable Product (MVP)? No, according to the official project website the initial platform will be launched shortly.

Solve a problem within the world of crypto coins

Despite the fact that the cryptomonedas have been established as a decentralized project, mining has not been shown as such, and the energy costs involved in maintaining it has been a determining factor for it to continue to be concentrated in a specific and limited community. A problem that many critics and critics of crypto coins have exploited to conclude that these coins are not viable in today’s trade.

However, if it is possible to determine a means of energy production at a low cost and to allow the entire public to have access to that energy, the real decentralization of the crypto currencies would be achieved and thereby give more possibilities to this technology. It is precisely the goal of VenusEnergy , to establish a method for anyone to access renewable energy and with them acquire a much more profitable power of mining and on a larger scale.

Cons of the ICO VenusEnergy

Some economic and development data

In the Whitepaper we have not found the so-called “Tokenomics”, we could only observe data such as the number of tokens created and the proportionality that is being distributed between the ICO and other elements of the project. This information is fundamental for the investor since it allows him to better understand the financial aspects of the project.

Also, there is not enough information about the development that they hope to complete, aspects such as, in which places they will install the renewable energy sources nor the costs that these sources can generate for the company in charge of the project. Certainly, an installation of this caliber is costly and requires financial and structural planning for development to take place in the best possible way.