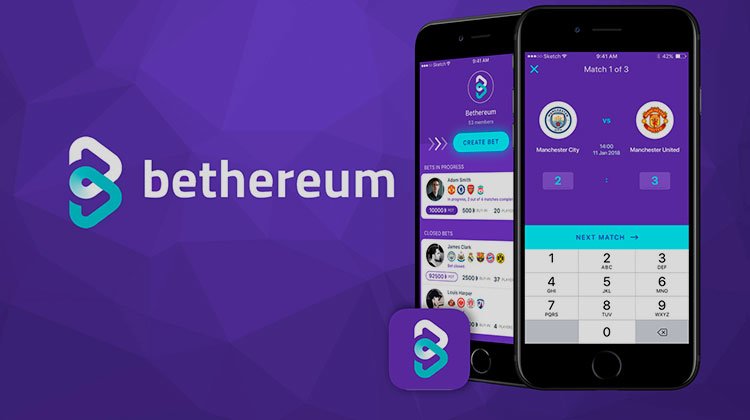 At the time of analyzing Bethereum, the first thing we are going to observe is that they call themselves a “social innovative solution” for the world of betting. To achieve this change, in Bethereum they propose the use of the Blockchain, more specifically they intend to use the Ethereum platform (as its name indicates it) and the technology of the Smart Contracts.

With these methods, the developers propose the creation of a system of bets without intermediaries, transparent, equitable and fair in which there is no room for cheating or non-compliance by any of the sides. They will even provide the option for users to create bets among themselves that are secure and supported by the Intelligent Contracts that are held at Bethereum.

Bethereum will begin in the world of sports betting, but does not pretend to be just a small bookie, since its intention is to become in the future a universal platform for any type of betting. Even in his proposal is the possibility of one day include bets of large companies already consolidated in this market.

For developers, the adoption of Bethereum for large companies is an easy step since they consider that, thanks to Blockchain, their system is safer, faster and more effective compared to the rest of the systems that exist in the world of betting in general.

Use of Blockchain in Bethereum

As we mentioned earlier, Bethereum is proposing the use of the Ethereum network and its Intelligent Contracts. With these tools they seek to eliminate the injustices or possible traps in the system so that the bets are fulfilled just as they are agreed between the participants.

The positive point of using smarts contracts in betting is that it is precisely a completely decentralized solution, without dependence on human appraisals and with the application of precise mathematical algorithms that adapt to the results of the betting game. There is no possibility of margin of error before the implementation of Blockchain technology that Bethereum is proposing within the world of betting.

Use of the Bether token within the process

The token of this project is called Bether and its implementation seems quite clear for this project. The developers propose that all the transactions that will take place within the betting platform will be made with the token, that is, if a person wants to make a bet on Bethereum, he must make it with Bether chips and if he wins, he will receive his prize in this virtual currency. For self-sustainability, Bethereum mentions that they will charge a commission of 3.75% for each payment they must make to the winners.

Furthermore, according to the developers, the Bether token can also be used as a bargaining chip in the main Exchange markets. However, there is still no official announcement or information from developers confirming in which Exchange it will be possible to carry out these exchange operations.

The conclusion date of the ICO is 31 July 2018, which represents a short period of time for the project and for its financing. However, it should be mentioned that Bethereum certifies that from the moment the investor’s payment is assured, the tokens will be sent to that person’s wallet. The only drawback is that the tokens can only be transferred once the tokens have been sold.

The development team only accepts ETH as a payment method and according to them, this has been done to implement process security. They also explain that in this way they make it easier for investors since, from the wallets that the ETHs are sent, it will be the same one to which the Bether chips will be sent. It is for this reason that ETHs are requested to be sent from a wallet that supports the ERC20 standard.

Continuing with the issue of security, we must also mention that both the process of creating the Token and the distribution process will be backed by an Intelligent Contract, which is also a guarantee to generate confidence to investors who decide to invest in this project.

The developers of Bethereum have decided to establish the base of this project in Hong Kong. Many of its members, including the directors, have experience in technological developments of all kinds as well as experience in the area of financial business.

Among the members to emphasize we have Peter Gal, founder of Bethereum who has extensive experience in the application of technology within the financial world. We also have the young Martin Herman, also co-founder of Bethereum and with extensive knowledge of technology and business. It is important to mention Dite Gashi, who acts as the Blockchain architect of the project and is a recognized expert within the industry for everything related to Intelligent Contracts and Security Figures.

The world of gambling moves many people all over the world, we just have to see the amount of money that moves in this type of industries and we will realize that they have a great impact.

If a small percentage of these people can be transferred to the Bethereum platform, a large number of transactions will be carried out with the Bether token and this will of course have a highly positive impact on the valuation of the asset.

They have an Intelligent Contract for the distribution and sale of the Token.

According to the result of the audit, the experts were in charge of testing the Contract against different attacks usually carried out by hackers and of all the tests that were carried out, there was no fault and the Contract endured without problems.

Bethereum has participated in various world conferences on cryptomedas and has participated in contests held to measure different ICOs. The developers specifically mention two, firstly there is the team participation in the D10E Conference that took place in Malta in May 2018. In Malta, Bethereum was in the Top 3 in the evaluation of Blockchain projects being carried out on site.

Secondly, Bethereum also mentions that it participated in the ICO Race that was organized in June. Here the team competed with more than 150 projects and managed to be among the finalists of the tournament, getting very good reviews from judges and the general public.

The relationship of the project development team with the world of crypto coins is very small. With the exception of the cases of Dite Gashi who has been working for years in the world of Blockchain and Peter Dendis, Sales Advisor of Bethereum who has also been sales advisor of SophiaTX and DECENT, the rest of the members have no experience in the development of ICO´s.

In addition to the lack of experience in the crypto world, it is also worrying that its top managers do not have much relationship with the betting business either. What senior managers have done is hire advisors who have experience in this world but might not be enough.

The world of betting is very big and even within the world of Criptomoney there are other projects that are thinking of applying Blockchain technology in this type of operations. Bethereum’s study and analysis of this project does not take into account the potential competition it may have, nor does it plan how to deal with it, which could imply a problem at the time of carrying out the project.

The betting business has many legal regulations and apparently among the members of the team, do not have a fixed legal advisor to guide them through the regulations that must be complied with to obtain licenses and permits.

If the project does not meet all the requirements, demanded in this case by the Hong Kong legislation, it would be making illegal bets and that is not an issue that attracts much attention from users and investors.