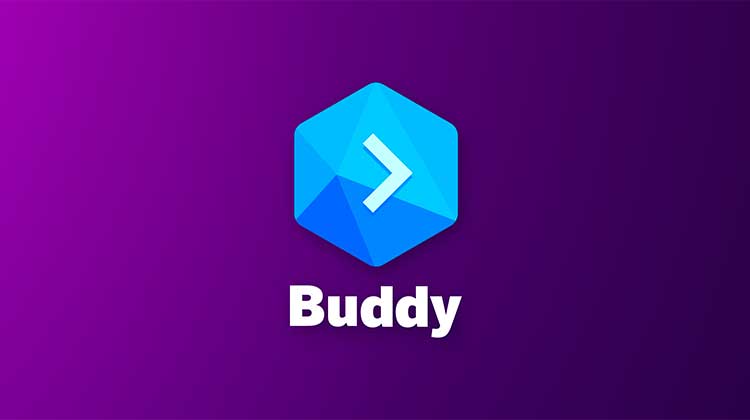 Buddy’s ICO brings us a decentralized automated development platform that will allow us to develop applications and other computer programs in a simpler, faster and more automatic way.

To achieve this, Buddy offers more than 80 actions that help developers implement and build their software technically. All these actions are organized in connections that allow you to create, test and implement programs in minutes, no matter how complex or difficult the actions that need to be carried out may be. The platform will also enable foreign developers to integrate their own actions into Buddy’s open ecosystem.

To facilitate this, Buddy proposes the creation of the GRID network, an instance of the platform that will be used to replicate high capacities to create an infrastructure with high capacity and scalability to develop and carry out automation processes.

Thanks to decentralization, Buddy brings significant change to the world of global technological development. With the ability to connect the capabilities of multiple computers within Buddy’s network, you get a system that overcomes the drawbacks of traditional systems without the need to build a complicated and costly infrastructure.

How profitable is it to put computational power to the order of Buddy’s ecosystem? The system of this platform works in a similar way as the cryptomedas do, offering in this case rewards in the Token Buddy. Depending on the task that needs to be performed and the time that needs to be spent, the reward will vary.

Use of Blockchain in Buddy

As a solution, Buddy first proposes BlockchainOps, an automated development process for projects using Blockchain technology. In this system the Blockchain developers will be able to execute tasks such as: testing of Smart contracts, development of DApps and revision of complete Codes and Structures and many other tasks.

In this way they allow the development of complex elements of Blockchain technology to be executed with simple clicks, being this an important advance to achieve greater adoption by the general public.

Using the Buddy token within the process

As mentioned earlier, the Buddy token has a utility within the system by functioning as the currency of payment for the functioning and use by members connected to the ecosystem. But in addition to this, it can be used to purchase and pay for other services within the platform, for example you can pay to advertise plugins in the ecosystem, pay for professional services related to the development of Blockchain technology and to pay for programs or applications developed by third parties within the Buddy platform.

In addition to this, the token is also a tool for the governance of the system in which each holder of the currency will have the opportunity to participate in the direction of the project, approval or rejection of people who connect to contribute their computing power and determine the profits that will get the developers for the contributions they make in the community.

The price of each Buddy (BUD) is priced at 0.0002 ETH, although, between the different dates that the ICO will be on the air we will see percentages of discounts between 25% and 5%. The project has not specified the total amount of tokens that will be in circulation because this will be determined by the sales that are having in the different stages of the project, also have an estimated range between 500 million to 670 million.

The maximum ceiling that have been set to collect in the ICO is about 60,000 ETH while the minimum has been set at 8,000 ETH. To achieve this they have established that they will sell 60% of the tokens they issue, this amount is also not established and ranges from 300 million to 470 million tokens.

This project has been based in Poland and has a team of 17 people but no advisor within the staff. Among the staff we will see Simon Szczepankowski, the CEO of the project and one of the most recognized young minds within Poland for its link with technological development. He has worked on technology development projects for large companies on the European continent and the rest of the world.

We will also see Raphael Sztwiorok, Buddy’s CTO and co-founder with Simon. This technician has extensive experience in Big Data project development and has been involved in projects for use in NATO, the Polish Navy and the Norwegian Ministry of Defence.

Another notable member is Blockchain expert Thomas Korwin-Gajkowski, who has previously worked on the KodakONE project as well as serving as a Blockchain project advisor to financial institutions located in Poland, Switzerland and Germany.

As mentioned above, this team does not have advisors for the development of the project but in addition to the team, they have 3 regional managers for the expansion of the project to other locations. Among them we will see Anant and Aditya Singh, who are in charge of the Indian market and Chen Si Yuan, head of the Chinese community participation in the platform.

Do they own a Minimally Viable Product (MVP)?  Yes, the platform exists and can be seen on their website

Buddy is already working as we can see in his Web and has done great things in the market, getting solid customers that are also important in the world of business and technology. Also, evaluating the testimonies of the clients, it has been possible to observe that the development of the platform has been done in an excellent way, which guarantees us that the adoption of the Blockchain technology will be really effective.

Something very positive that we must also value is that the development team has prepared a document in which we explain completely the operation of the platform.

The developers who are carrying out the project have a really important work and professional repertoire, being references in many sectors of technology both in Poland and on the European continent. Likewise, the years they have been developing Buddy’s platform gives them the necessary knowledge to develop this new project with solid bases.

Cons of the Buddy ICO

The Whitepaper of the project is quite complete and has a lot of important data to know well the technical elements of it, however, does not contain information related to the business planning that the company will have in future years.

However, this does not mean that Buddy is not serious as a company because its current development shows us the opposite, but investors need to know how the development of the company is planned so that they can be sure about the fate of their investments.