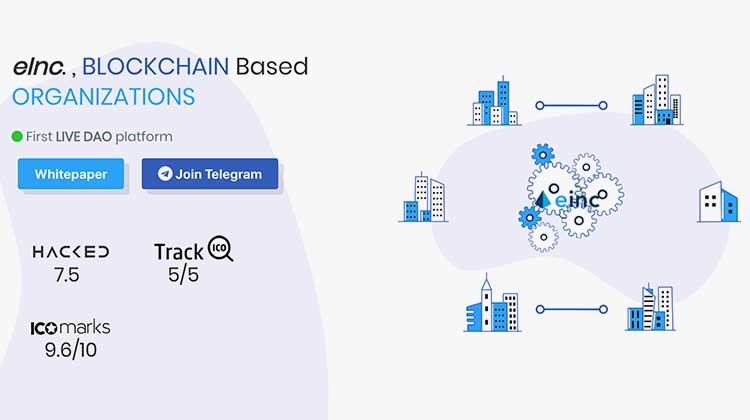 With the slogan “The future of organizations is in the Blockchain”, EtherInc started as a dApp within the Ethereum network but while there they realized that the speed of transactions, scalability problems and Ether’s prices were complications that made it impossible for the project to work as they wanted. From there they considered settling into the Blockchain networks of Ethereum Classic and NEO, but again they saw the limitations in their project.

As a result of the above, this ICO is born. The EtherInc team considered that the best option was to make a fork in the Ethereum network with different characteristics. In this way, EtherInc developers set out to reduce the block speed from 15 seconds to 6 seconds per operation and thereby improved the speed of transactions and confirmations.

With these improvements they sought to create a system for companies and organizations to establish themselves in a decentralized way through the creation of Smart Contracts and decentralized applications understandable and editable for everyone. With this facility within the Blockchain system, EtherInc wants operations such as: pay salaries, make transactions, change of ownership, issue of shares, decision of partners and other actions can be performed without any problem, in a fully digital way and with an extreme level of security.

By allowing the creation and organization of companies with EtherInc technology, it avoids that people have to complicate themselves with the cumbersome procedures required by banking institutions, laws and all the restrictions that arise when you want to open a company. Furthermore, in this way international companies can also be created without the border limitations that they limit today, which is an advance for the new technological world we live in.

The implementation of Blockchain technology in this project is key since practically the entire platform is based on it. Within EtherInc’s Blockchain network, intelligent contracts are the most important thing.

Each company that relies on the EtherInc network will have a smart contract from the EtherInc Blockchain network. All actions taken within the company based on the smart contract must be presented as a proposal, thereby giving the members of that company the power to vote to approve or reject the action in question.

Among the Proposals that can be presented in the intelligent contract is the possibility of adding or removing a member of the company, as well as changing their role within the organization. In the same way, the payment of profits, sale of shares, investments, legal change of the name of the company and various operational options can be proposed.

EtherInc’s Smart Contract also allows the establishment of different levels of hierarchy in the organization and this has a direct implication on the voting power held by the members of the company. The CEO of the company has the highest degree and from his level is that the company will be configured.

Use of ETI token within the process

Developers have called the project currency EtherInc Coin and said it will work as the “fuel” for the entire platform. For all transactions and operations carried out by companies within EtherInc’s intelligent contracts, the ETI must be used as the currency. Something similar to how the Ether works within the intelligent contracts that exist in its Ethereum network.

The value of each EtherInc Coin is 10 US cents and has 450,000,000 tokens for sale out of the total 1,000,000,000 tokens to be mined. The minimum amount that is planned to collect is 1 million dollars while the maximum has been raised at 22 million dollars, although, if the sale of all tokens is achieved, that maximum amount would be exceeded since it would raise about $45 million.

Being a fork in the Ethereum network, developers also provide the opportunity for ETH holders in block 5078585 to claim their ETIs completely free of charge. All that is required is that the wallet be placed where the ETHs are held and that this Wallet be compatible with the ERC20 standard. 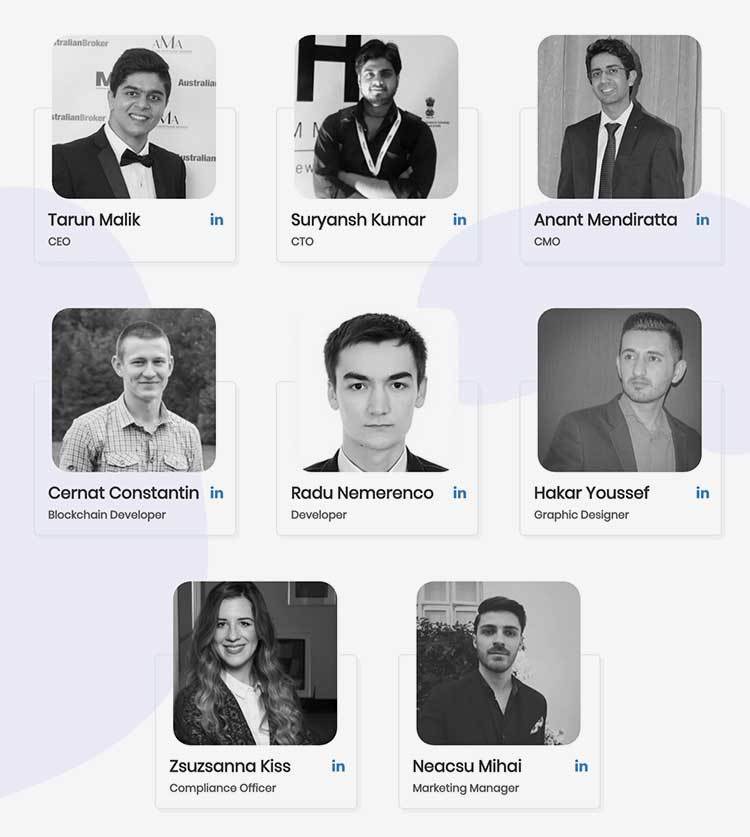 EtherInc is physically located in Australia and has a small team of just 8 people (as listed in their Whitepaper) and a group of 8 advisors.

Among its members we are going to meet its SEO, Tarun Malik, an Australian entrepreneur with experience in the business world who has seen how Blockchain and decentralized accounting can help companies. Also worth mentioning is its developer Blockchain, Cernat Constantin, an expert with a lot of experience within this technology and with work already done within the world of cryptomonedas.

Among his advisors we can see Nikolay Shkilev, an expert in the world of cryptomedas with vast experience in comprehensive advice to projects of ICO and Blockchain in general. We can also see Vladimir Nikitin, another expert with a lot of experience who has participated as an advisor in more than 24 ICO´s in recent years.

Do they have a minimum viable product (MVP)?

In February 2018, EtherInc launched the status of its Blockchain network in ROPSTEN and MAINNET, now, although this is not an MVP, they do show a development in currency work.

The development of the project roadmap shows very positive elements for the currency exchange rate. For example, the developers have already complied with the creation of the virtual wallet that will support the token and have also given the information related to the mining of the same, these elements are important for the consolidation of the cryptomoneda.

Project well developed from the point of view of Blockchain

Today there are many ICO´s that are being launched and do not include in their team experts in the subject of Blockchain, the result is that they end up promoting projects completely outside this technology. Fortunately, EtherInc does not appreciate this problem.

EtherInc is an ICO that already has clear fundamental information about the operation of the nodes of its Blockchain network, its protocols, the mining of its currency and how its rewards will be for the miners. All these data are extremely important to ensure the security and continuity of the project, thus demonstrating that the token has all the characteristics to become in the future a solid and valuable cryptomone.

EtherInc’s consulting team is one of the most complete and experienced of the ICOs of the moment. Given the weight of each of these experts within the world of crypto coins, the inclusion of these people is very important since it ensures that the ICO will have a good reception within the market. In addition, the knowledge of these people will help so that all the development of the project is done by the right paths and without major setbacks.

Well thought-out utility for the project

The use they are planning to make of smart contracts within the EtherInc network can have a truly positive impact on StarUps all over the world. In fact, other ICOs could be generated from EtherInc’s intelligent contracts since it would be possible to sell shares of companies and Starups.

This usefulness of intelligent contracts can boost the price of EtherCoin, which means that its acquisition now is a good investment for the future.

Cons of the ICO EtherInc

The legal personality that companies acquire once they are legally established is important for their operations and not only for all the duties imposed on them but also for the rights that they acquire vis-à-vis third parties. The issue here is that companies that are founded in EtherInc would not have a legal endowment that recognizes them as such.

This lack of legal recognition can harm companies in doing business with other companies outside the EtherInc network. It would also complicate companies in their banking, tax and labour relations.

What is salvageable about this situation is that the EtherInc team has prepared for this and plans to have a Public Relations department that is actively communicating with government representatives around the world to ensure that there is a legal framework for regulating these companies.

The technological development of the project is complex

To develop a platform as proposed in EtherInc will be a real technological challenge and for it they will need a team with a lot of experience in the development of intelligent contracts and in the application of Blockchain technology. The small team with which EtherInc has been presented does not seem sufficient to tackle all the work necessary to sustain the platform. It will have to be observed if EtherInc finally expands its technology developer staff in the future because otherwise, the project will remain on paper and unfortunately will be unattainable.