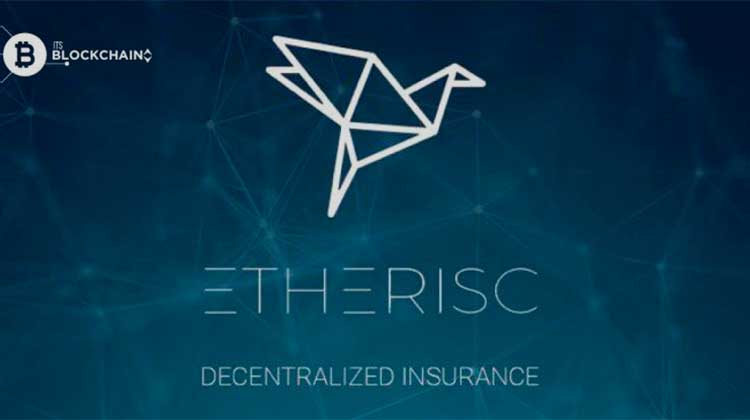 Etherisc’s ICO brings with it a technological evolution for the insurance world with the implementation of decentralized Insurance and the use of Smart Contracts  of Blockchain instead of traditional Insurance Contracts and Policies. With the application of this technology they want to make the process more efficient thanks to the fact that the conditions involved in the contract can be measured in real time by the Intelligent Contract, which means that the insured will receive immediate compensation upon the occurrence of the insured claim.

With this efficiency they also want to propose a reduction in the final prices of insurance costs since less staff and paperwork would be needed to make these contracts work. Finally, the developers have stated that they will make the insurance acquisition process more transparent than it currently works as it will be free of subjective assessments and will be completely free of personal interpretation.

The most advantageous thing about this project is that it is an open protocol in which any person or company can create their own insurance using the Etherisc platform, which guarantees that the product will be used by a significant number of people and that it will be the community itself that will sustain the project.

Use of Blockchain in Etherisc

The Etherisc platform has a collection of intelligent contract templates that can even be modified according to the dispositions that the own community has within the platform in order to create new contracts that secure other things.

In the Whitepaper of the project the developers have already thought about Smart Contracts that offer stability in the service, in prices or in quality, they have also seen possible to make contracts that make guarantees on certain acts.

For its operation, the platform is left with a commission before the conclusion of the intelligent contract. This fee will depend on the type of service needed and how complex it is to apply what they are requesting.

Use of the Etherisc token within the process

As mentioned above, the DIP token will be the universal currency used on this platform and can be used by all people who use the platform, although, they will do so with different functions.

On the client side we will see that they will use the currency for the acquisition of insurance. However, the Whitpaper explains that there is the possibility for third party developers to offer integrations on payment gateways so that end customers do not have to make payments in crypto currencies, allowing companies to offer insurance in any type of currency.

Although people do not have to pay directly with the token, it will be necessary to pay the necessary fees to obtain approval licenses within the platform as well as to pay for oracles that keep intelligent contracts informed of the external events that condition the contract.

The token holders may also be part of the platform community as it functions as a DAO (Autonomous and Decentralized Organization) that falls solely on the holders of the currency.  In addition, only token holders can make use of the platform to create new insurance and intelligent contract modalities.

Finally, it is also important to note that there is a rather interesting “reinsurance” policy offered by the platform through those who keep their tokens immovable. With this modality they are seeking to offer investors a way to passively earn income on the platform; to achieve this they will only have to guarantee that they will not move their currencies over time, it works similar to what is known as a fixed term in traditional banks. The purpose of deposited tokens is to reassure the amounts already insured against the occurrence of certain claims.

In order to acquire Etherisc only ETH can be used as payment method since they have an Intelligent Contract determined for the sale and distribution of the tokens. For 1 ETH 5000 Etherisc can be obtained, which generates that the price of each Etherisc is 0.0002 ETH. They will have a billion tokens in circulation but only 300 million of them are destined for sale. The maximum estimate that developers have for the collection of this project is 60,000 ETH.

To understand the team behind this ICO, we must first explain the legal structure that supports it. First and foremost is the Decentralized Insurance Foundation, a non-profit organization that is legally incorporated in Switzerland, in the Crypto Valley of the Canton of Zug. This Foundation is carrying out the sale of the tokens and will be responsible for ensuring that the entire project is developed correctly.

The development team that will receive the money from the Foundation and will also be accountable to Etherisc Holding AG itself, which is a holding company and which in turn has several subsidiaries in different parts of the world such as the United Kingdom, Malta, Germany, the United States, etc.

And who are the people who run these companies?

So, behind the structural framework we are going to find a team of 23 people who are divided between specialists in insurance, risk investment and experts in the development of Blockchain technology.

From the members we can point out we will meet Christoph Mussenbrock, one of the founders of the project who has extensive experience of more than 20 years working in the sector of banking and risk investment management. In addition, he has experience as an entrepreneur in front of his own commercial developments.

Another important member that we must underpin is Renat Khasanshyn ¸un, an engineer who has been working for some years on the link between Blockchain technology and the world of insurance, and in fact has already established important contacts with consolidated insurance companies in the international market.

Likewise, this project has high-level advisors in both the insurance sector and Blockchain. In the area of insurance we can see Tobias Noack, director of the board of AON Risk Solutions has been working for more than 20 years with the subject of insurance with clients from all over the world.

As experts in the Blockchain sector we have Jake Brukhman, a young man who has a company that specializes in the application of Blockchain technology and has already worked as an advisor with other ICOs that have been successful over time.

Do they own a Minimally Viable Product (MVP)? Yes, they actually own two that can be checked by anyone. First they have the Flight Delay Insurance, the first fully decentralized insurance that works automatically upon the occurrence of the incident. We also have the insurance for protection against hurricanes, it works giving payments immediately when winds are detected with very high speeds within the insured space. On their website they announce that the lender’s insurance with backing in crypto currencies would be ready for the month of June, however, being already in July, has not been launched yet.

Its roadmap is quite complete and is intended to be completed between 2018 and 2019. The elements that must be fulfilled in the roadmap are grouped into 3 types: legal, technical and community development, thus seeking to have everything schematized and ordered.

However, reading his Whitepaper and other official documents of the project we realized that this project was intended to go out a few months ago. We do not know the reasons for your delay but it is notorious that there are dates on your White Paper that can no longer be applied today.

The insurance company has quite extensive regulations and laws that cause few companies to enter this complicated world, however, we can observe that Etherisc takes into consideration this situation and instead of avoiding it, seeks to resolve it.

Among their objectives, we could see that they intend to work to obtain the necessary licenses so that the insurances offered in their platform are completely legal. Achieving these changes in legislation would generate an important change in a multi-million dollar industry, something very positive for the quotation of the token.

Cons of the ICO Etherisc

The insurance industry is dominated by a handful of large companies that have a lot of power and money in almost every major economy in the world. Breaking into this sector can be very complicated given the hermeticism that these companies maintain against the rest and if Etherisc really puts at risk the economic superiority of these large companies, we will see all kinds of actions to get it out of the game.

This company has been going on for a long time but for different reasons that we do not know, it has had significant delays in several steps of its planning. For example, according to the company’s own plans, they expected to have a licence to operate legally between the end of 2017 and the beginning of 2018 but beyond discussions with the UK and Maltese authorities, they do not have such legal permits. You can also see in the development of Insurance for loans that was supposed to be ready in June but still in July the contract is not available to the public.

Description: It is a platform that seeks to simplify and make more accessible the services offered today by traditional insurers. This is why they have designed this project based on blockchain technology, which would decentralize the enormous market of insurance companies.

Etherisc has a very good product and is supported by a team that is highly qualified to work with it, but it has a highly regulated sector at the front with great economic strength. This team will have to make an important lobby to ensure that the implementation of this project transcends and penetrates society, otherwise, it will be a good idea more.