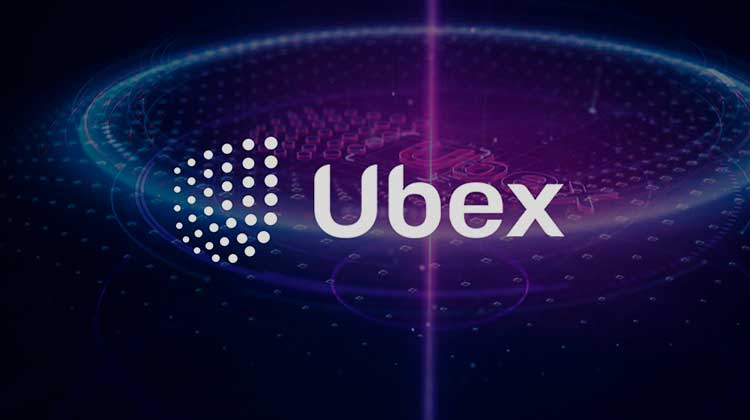 Ubex is also known as the “future of advertising”, it is one of the ICOs that want to break into the marketing market, but what is this project about?

This project seeks to become a fully decentralized advertising site where the relationship between advertisers and publishers (owners of advertising spaces on their websites) is carried with the transparency and control that only Smart Contracts blockchain can provide.

Through intelligent contracts, Ubex offers companies that leave behind the traditional model of paying for each click in the ad to proceed to pay for carrying out a specific action, which turns advertising into something much more concrete.

To ensure that advertising will achieve an objective the Ubex team will use what is called “neural networks”, these networks become the application of artificial intelligence for the analysis of metrics and thus target advertising to customers who most identify with the product or service to be sold.

With this data, the neural networks will inform the advertisers predictions of the effectiveness of the advertising campaign as well as allow you to follow all the numbers in real time on the results that are being obtained. With this data the company can make adjustments to improve or change some things that are not performing.

Use of Blockchain in Ubex

First Ubex explains that the Blockchain will help improve the relationship between advertisers and publishers through intelligent contracts. These contracts first ensure that both advertisers pay for the service and publishers publish the ads on their websites.

Secondly, by operating intelligent contracts with the procurement of certain acts, it can be ensured that payment will only be achieved when a specific action is taken. This action can be the purchase of a service, the payment of a subscription, watch a video or simply enter a landing page, that will determine the advertiser himself and the intelligent contract will be responsible for fulfilling it.

Thirdly, the Ubex blockchain will also work to keep an unalterable record of the reputation of advertisers and publishers. With this information scams can be avoided and only the most reliable parts will be kept.

Using the Ubex token within the process

How will the future Ubex token work within all of this? All payments between advertisers and publishers will be made with the Ubex token, thus promising massive usage among the market. However, it should be noted that by limiting the use of the token for this, the valuation of the asset will highly depend on the success or failure of the Ubex advertising platform.

Currently an Ubex token has a value of 0.000010 ETH and the minimum amount that can be purchased is 0.01 ETH, you can also use Bitcoin and Litecoin for the purchase of the token. The ICO began on 21 May 2018 and is scheduled to end on 13 August 2018. The minimum amount they had planned to raise was 4,000 ETH and the maximum is 24,000 ETH, for the amount already collected, it is very safe to reach the deadline for the date.

The developer of Ubex is located in Switzerland, in the canton of Zug, which is known in the crypto world as the “Crypto Valley”. Its members include more than 40 people, great blockchain experts, programmers, directors and advisors.

Among its members is its founder, Artem Chestnov, a marketing expert with many years of experience in the business sector. Also worth mentioning is Dan Gartman, the engineer behind the neural networks with which the Ubex system will operate. Finally, Kathrin Anthony, who serves as Sales Director of Ubex, this economist is well known within the world of ICO because she has been working very successfully within the market and as a sample of her level can be seen the excellent level of sales that has sustained Ubex.

The advertising industry is very profitable

Facebook, Twitter and Google are some of the most profitable companies in the world and this is because they base their business on advertising. This has shown that the advertising business is highly profitable and by global economic indications, is a market that is still growing.

By focusing Ubex in this market, a considerable advantage is obtained since the monetary operations that are handled in the item are high, which leads to a circulation of the currency that can positively affect its price.

They have a highly specialized team and experiencing

The Ubex development company has highly qualified personnel, both from the technical and business point of view. The vast curriculum of each of the members of the development team can guarantee the seriousness of the project and thus ensure a good development.

They have been very well accepted by the crypto market and the community in general.
Ubex has had very good scores from different ICO evaluators that exist within the Blockchain sector, as well as leaving good impressions with international media such as Reuters, Forbes and Entrepreneur. This good evaluation is important for the valuation of the asset in the future. It is also worth mentioning that they have had a good relationship with the Chinese market, which is important to highlight due to the size of this market within the crypto currencies.

Cons of the ICO Ubex

According to the Ubex Roadmap shown on its page, the launch of the Alpha for Advertisers application was planned for May 2018. From that month, a button to access the application was included in the page, however, when you click on the button, we are not directed to the application. This leaves certain uncertainties about the evolution of the project.

Start of operations in March 2019

According to Ubex’s own Roadmap, the system will start operations in March 2019. If we analyze the project, this start of operations is somewhat distant if we compare it with the distribution of the Tokens that will be the same August 13. How does this distance between one date and the other affect? In asset valuation.

As mentioned before, the valuation of the asset will be strongly linked to the success or failure of the advertising and marketing system that Ubex intends to implement. Without a start of operations of the system we cannot measure the degree of utility and circulation of the currency.

Do not operate in the United States

There are very few ICOs that have managed to establish operations within the American territory and unfortunately, Ubex is not one of these approved ICOs. The United States market is one of the most important in the world and that is why without access to it, developers are deprived of a large source of income and with this, the development of the project is affected.