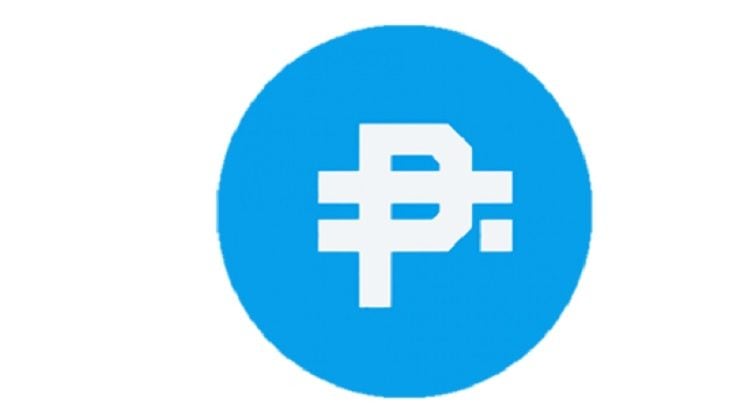 In this opportunity we have decided to interview Federico De Rosa, the CEO of CriptoPESO, a Blockchain project born in Latin America and for Latin Americans. This project is in the process of fundraising and its CEO has kindly given us a few minutes to talk about his project, his functions and how he evaluates some aspects of the current market for crypto coins.

In trying to answer this question, the first thing that comes to mind is another question: What is Blockchain Latinoamérica S.A.? It would be a contradiction to my beliefs to talk about a project or a venture and just tell who I am.

Blockchain Latinoamérica S.A. is a corporation based in Panama with accessory branches in Argentina, Chile, Mexico, Colombia, Venezuela, Peru, Uruguay and the United States (for now). At Blockchain Latin America we have been dedicated since January 2017 to the development and implementation of Blockchain technologies in practically anything; we have had full or partial implication in many of the Blockchain crypto currencies and ecosystems that exist today in Latin America, we have developed web platforms, applications, Exchanges and much more. Everything always with the same objective: to contribute our “grain of sand” to the technological (and information, we could say) revolution we are witnessing.

Blockchain Latin America is a corporation (legally and accountingly speaking), but we interpret it as an “alliance”, we could define ourselves, since we are not two bosses and the rest of the employees, but we are a very united group in search of a concrete objective and in which “the boss” is rotated according to the task he performs.

Initially we were two founders with a common goal: Federico Agustín De Rosa (El entrevistado) and Luis Alberto Rodriguez. Over time we were joined in this way multiple people so that today we are more than 10 people in the fields that could be called “Administrative” (Marketing, Legal, Accounting, etc.) and a group of 6 technical developers dispersed in different parts of the Americas (Argentina, Chile, Mexico and Venezuela).

What made you think of creating an ICO?

To carry out an undertaking as big as what we imagine with Criptopeso requires “specialized labor” (Administrative, business, advertising, technical and security among others) and capital. Our “Achilles heel” is financing, but our real value is our ability to achieve our objectives and, therefore, our goals.

Criptopeso was conceived as a project with direct social implications. Initially it arose recognizing the condition of the Venezuelan people and Venezuelans living abroad. A very clear case is the Venezuelans living in Chile, Argentina and the United States (People that we were able to meet and talk first hand and face to face in which they told us their reality).
There are many young Venezuelans who emigrate from their country with the economic help of their families in search of a better quality of life and job opportunities. In general, these foreigners help economically their family that remained within their country by sending money.

But, the story doesn’t end here: the obstacles to send money abroad are gigantic; from any traditional entity that is visualized. This situation is one of those that comes to modify Criptopeso making the international money transfer easy, fast and safe thanks to the application of Blockchain technology. With Criptopeso it will be possible to send and receive capital from anywhere in the world through our own chain of blocks and with any currency through the application.

What have been the main obstacles you have had to overcome throughout your project?

One of the problems or obstacles that exist at the time of carrying out a project like the tenor of Criptopeso, is the regulations of each country. Currently, we have legal representation in countries such as Argentina, Chile, Uruguay, Panama, Mexico, Colombia, the United States and Venezuela ready to begin the regulatory process in each country.

Of course, carrying out all these legal regulations, trademark registrations, company registration and many more require capital. This is the main reason why we decided to sell a percentage of the cryptoactive supply.

We all want a perfect ICO Is there anything you would like to improve in your project?

CRIPTOPESO is not a closed project, initially we will present ourselves as a system of sending international money “low-fee”, a currency of one (Goods and services) and, on the other hand, as an investment option and savings for the investor.

But the important thing is to know that we are now offering cryptoactions and as the term says, the creditors of cryptoactions will be shareholders of Criptopeso. Therefore, each shareholder of cryptoweight will be able to participate in the decision making of the company; where we will innovate, what will be the next steps of the company, what are our priorities for the company. Criptopeso will do a real honor to the term “the cryptomoneda of the Latin Americans”.

Are you worried about legal regulations that may happen in the future? Is CriptoPeso prepared to prevent possible changes in regulations?

We are not worried, because we consider as a company to generate the changes in infrastructure and legal that are necessary to be within the regulatory framework. We are prepared for eventual changes and are confident in a future in which cryptoactives and security tokens will be transacted through everyday banking systems. In various parts of the world already some banks are demonstrating their support to the system of Criptomonedas and Blockchain technology, JP Morgan, to mention the most recent.

In general, how do you evaluate the current situation of crypto coins?

The current cryptoactive market is on a plateau; in transition and waiting for companies to generate real solutions like ours, in order to unfold the true potential of this technology. Those companies that achieve this will be the real pioneers and those that get out of this state of uncertainty in the current market.
We believe that much of what is socially referred to as “Cryptodepression” are those projects that have no future planning or have no real value, so they end up being dead projects that add to the great list that exists today. To be able to leave this stage of “Cryptwinter” we must do all those who really believe in Blockchain technology, identifying problems and inconveniences to provide real solutions.

Do you think the current situation affects the development of CryptoWeight?

No, it does not affect at all as we use technology to avoid logistical costs in the transmission of values. We are a mobile solution to transaction delays, we are not a crypto currency. We carry out our process thanks to Blockchain technology being able to expose and set precedent as one of the few Blockchain technology projects in identifying a reality and satisfying a need.

Can you share with us some funny or peculiar anecdote that would
has happened in the development of your cryptomoneda?

There is an anecdote that is very important and reflects one of the real application scenarios of the Criptopeso Ecosystem:

A few years ago, Eduardo, one of the representatives of Blockchain Latinoamérica S.A. in Caracas, saved money for a long time to be able to send his two daughters to study in Buenos Aires in search of a better job opportunity and, above all, a better life; sacrificing his well-being to prioritize that of his two daughters.
A few months ago, Eduardo contacted me privately, Federico De Rosa, to ask me a favor. Eduardo told me that in a few weeks it would be the birthday of one of his daughters and that he wanted to surprise them.

Of course, he couldn’t afford to travel to Buenos Aires, but he just wanted to be able to send them a bouquet of flowers on this special day. So Eduardo told me that if he could send me money from Venezuela to Argentina and that I would do the “logistics” of sending flowers, to which I, of course, agreed. After a few days of silence and closer and closer to the birthday date, I contacted Eduardo with the aim of seeing if he had been able to send such money.

Eduardo, who by the way was very depressed, told me that he would have to give up this gift to his daughters since he was not being able to send the money; he had the money, but he could not send it through the traditional bank, given the high commissions they applied to him for such a primary service, the times they forced him to fulfill and the paperwork he had to present. Here, at this moment, was born CRYPTOPESO.